The Embassy of Italy in Prague and the Italian Cultural Institute in Prague have organised the tenth edition of the MittelCinemaFest, Central European Festival of Italian Movies.  The event has been held at the Cinema Lucerna in the center of Prague and has been accompanied by a reception for selected guests. The movie selected has been The King of Laughhter ( Qui Rido Io,  in the original title )  a biographical drama directed by Mario Martone , with the actor TonI Servillo playing the main role of Edoardo Scarpetta, a famous playwrighter and actor who has really lived across the 19th and 20th centuries and whose children grew up as among the most famous Italian actors, directors, screenwriters and playwriters in the last century.

The event has been introduced by the new Director of the Italian Cultural Institute Fabrizio Iurlano. The Director Iurlano, who has been working in the same position in Vienna before moving to Prague, replaces Dr. Alberta Lai,  who has terminated her term in Prague. 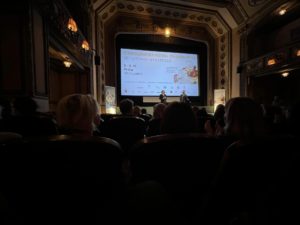 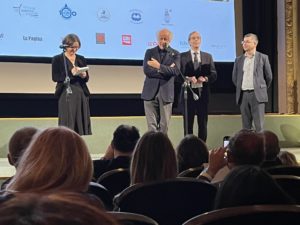