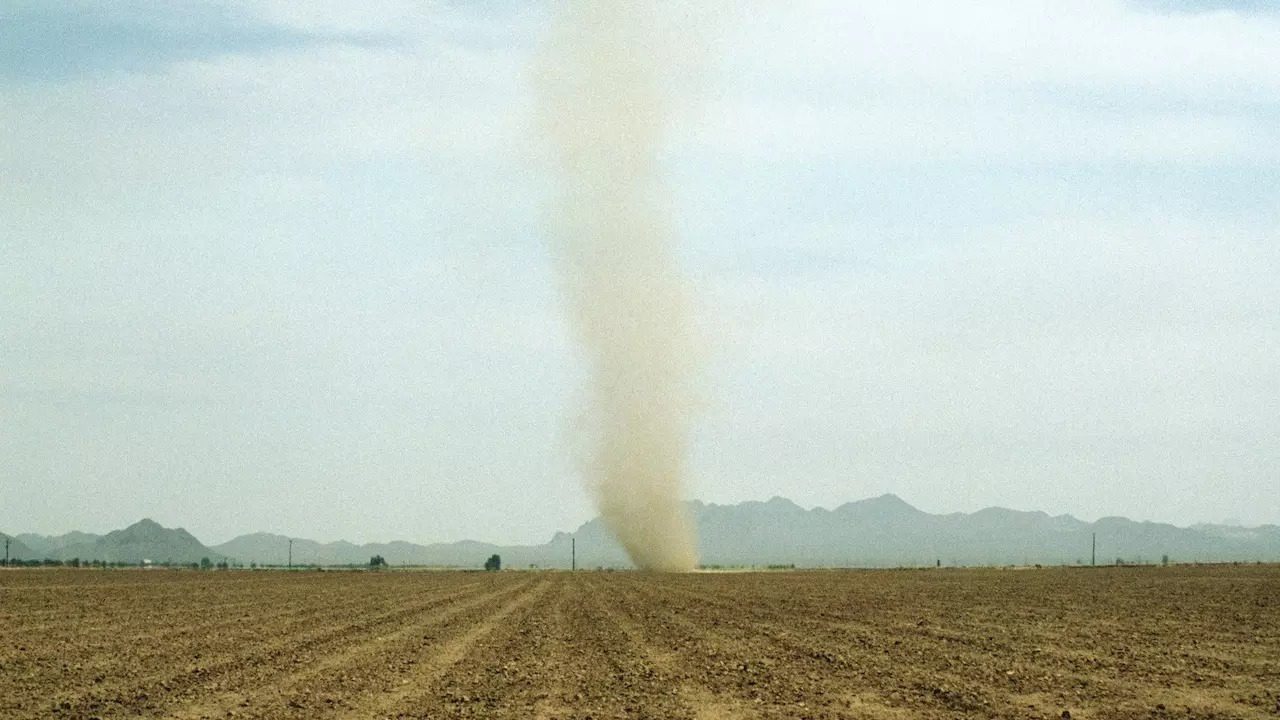 On Monday, a dust whirlwind was filmed in Central Bohemia, commonly known as a bit of devil. The phenomenon, resembling a small tornado, lasts only a short time.

The dust vortex is not usually dangerous.

“It is formed on a clear day when the earth’s surface is strongly heated, from which the air near the ground rises and begins to rotate due to wind or terrain. There is also a need for a condition where the air temperature decreases with altitude,” meteorologist Dagmar Honsova described the phenomenon’s origin.

The height of the dust vortex is most often several meters. Exceptionally, it can exceed the 100-meter mark. It is possible to encounter dust storms practically anywhere. They usually last for a short time, a few minutes at most.

Apart from swirling dust and knocking over smaller objects, dust swirls generally do not cause significant damage. It often appears, for example, in over-harvested fields.

Only rarely can the dust whirlwind reach an intensity where it breaks branches and trees or is even capable of destroying flimsy buildings such as sheds or barns.