Agáta Hanychová and Jaromír Soukup solemnly presented a new reality show at a press conference this week, which will mainly be about them, but they will also invite guests. In front of invited journalists in the Barrandov studio, where a new reality show is currently being produced, they spoke about why they chose the name Agáta Jaromír Soukup. At the same time, they invited the audience to watch the first episode, in which they will also learn how they work with the first conflicts in a relationship. The interest in their privacy was said to be so great that they had no choice but to come up with Agát Jaromír Soukup’s show. The studio is divided into three parts, a living room with a giant photo of a couple in love, a kitchen area and a corner with a punching bag. He says he will definitely attend boxing training. “It’s a reality show about the two of us. We shoot in the studio and it’s a show about the two of us. We won’t pretend that we live here, but it’s about us,” revealed Jaromír Soukup. The press conference was conducted in a friendly spirit, so the journalists raised more pointed questions. For example, whether it will also be filmed in bed. “We don’t sleep, there’s no time for that in the amount of shows,” Agáta humorously glossed over all sorts of questions. “For now, people want to see us dressed. If it’s boring, we’ll put a bed there and take our clothes off,” she added. “The show is relatively short, it’s forty minutes. It seems like a long time, but if you’re still cooking and talking, there are ten minutes left for each setting. Ten minutes of improvisation for each setting plus cooking, but in such a way that it fits into the ten minutes, so here we won’t make, for example, sirloin steak or goulash. Technically, it’s not such a complicated show,” explained Jaromír Soukup, what the viewers can look forward to.
The first parts have already been filmed and they will discuss, among other things, the sensitive topic of infidelity. “We dealt with infidelity as a topic, including our potential infidelities. So watch it. I think it’s in the second part, so be sure to watch it,” urged Soukup. “And we talked a lot about our infidelities there,” Agáta added. The question was asked that Agáta is an influencer who constantly films their life on Instagram and whether Jaromír doesn’t mind. “I’m known for hiding my face. I hate cameras and avoid them. So any shots of my face fill me with stress and disgust, that’s what I’m known for,” joked Jaromír Soukup. “There’s no freer show than this. It’s about us, but the guests will be there too. They won’t be in every episode, maybe not every week, but they’ll be there. It’s about us, we want it to be as natural as possible, and nothing it is not fixed. And the guests certainly belong here and we will invite them. But they will certainly not be politicians,” emphasized Jaromír Soukup. You can watch the first episode on TV Barrandov already on Monday, September 5 at 9:30 p.m. And then every Monday, Tuesday and Wednesday. 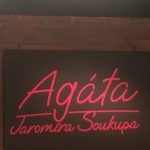 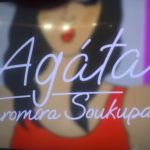 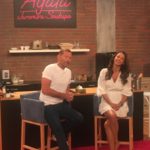 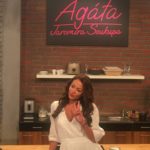 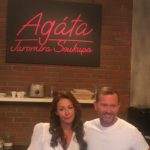 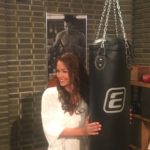