September 13, 2022 – Important meeting in Prague on accession to the Schengen area
Lucia Bode, Minister of Internal Affairs: “Romania’s accession to the Schengen area is a very important objective for us that is a priority on the agenda of the Czech Presidency of the EU Council.”
At the initiative of Vít Rakušan, the Czech Interior Minister, representative of the current President of the EU Council, I participated in the coordination meeting with the Croatian Interior Ministers and Bulgaria, respectively with European Commission officials. ene, on the occasion we discussed the accession of our states to the Schengen area.
I salute this initiative, and the way in which the Czech Presidency of the EU Council is involved in managing and unlocking this file is exemplary.
We have a complicated context on the eastern border of the European Union, and Romania is at the forefront of solidarity efforts and remains firmly committed to protecting peace and security.
Romania applies all of the relevant Schengen acquisition and constantly and actively contributes to the general efforts to consolidate the security of the Union, without the related benefits. The removal of controls at the internal borders will not only benefit the citizens of Romania, but all European citizens.
We have intensified dialogue and coordination with our European counterparts to ensure a positive outcome of our actions during the Czech Presidency of the EU Council. “ 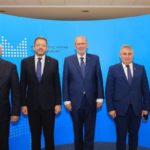 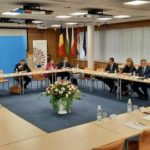 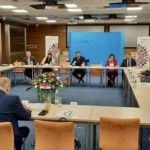 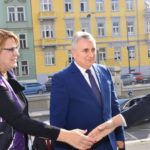 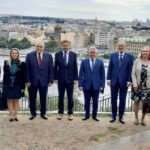 Will Erdogan head to the EU summit in Prague? Ankara’s ambassador says the relationship with Brussels should strengthen