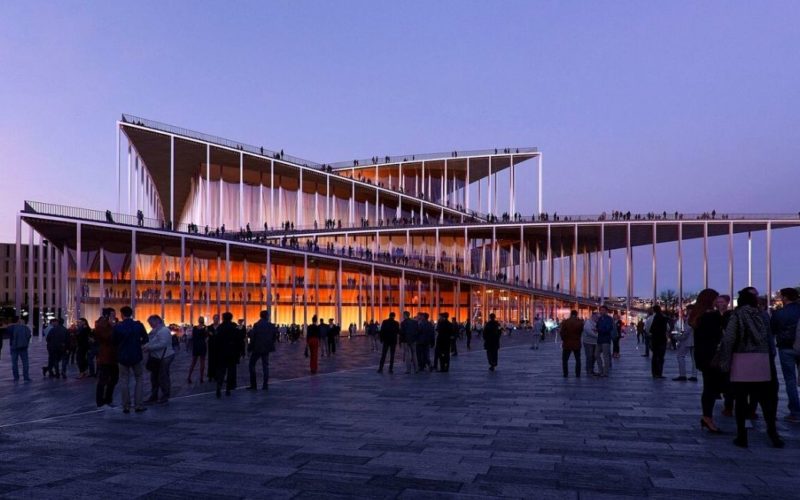 The new Vltava Philharmonic will be built by the Danish architectural studio Bjarke Ingels Group (BIG). Prague City selected a total of 19 applicants in an international competition.

The Vltava Philharmonic Hall should have a total of three auditoria: the main concert hall for about 1800 persons, a smaller hall for chamber music with a capacity of 700 seats and a multifunctional hall for other genres and events with a capacity of up to 500 seats.

Bjarke Ingels Group plans to complete the new building, which will cost the city about six billion crowns, in 2032.

The main concert hall should offer state-of-the-art acoustics, excellent spatial and visual characteristics and facilities corresponding to 21st century standards. The building should also accommodate both of the significant Prague orchestras – the Prague Symphony Orchestra (FOK) and the Czech Philharmonic.

The building should also integrate the music division of the Municipal Library of Prague and other creative spaces, which are to be another important pillar in the building’s construction program.

It should also include a café or a rooftop restaurant. The roof, which offers a view of the capital, is to be a continuation of the square that will be built in front of the Philharmonic.

The bold architecture of the Vltava Philharmonic Hall on the bank of the Vltava river will spearhead the revitalization of the Bubny–Zátory brownfield.

As a result, the Vltava Philharmonic Hall will become a new cultural center for Prague and the entire Czech Republic.

“We tried to imagine the Philharmonic as a contribution to the iconic Prague skyline. We wanted to create a connection between the river and the roof of the building,” said Bjarke Ingels, the founder of the BIG studio. 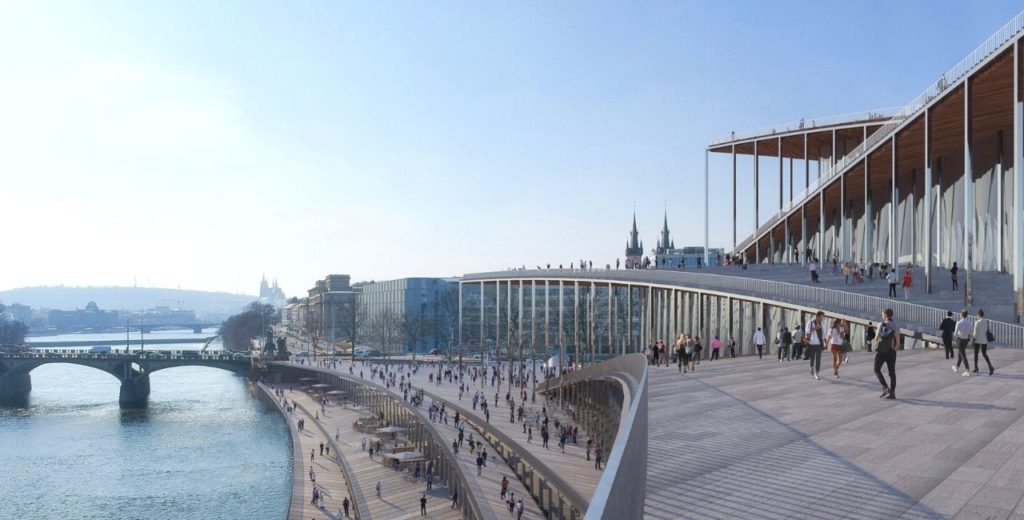 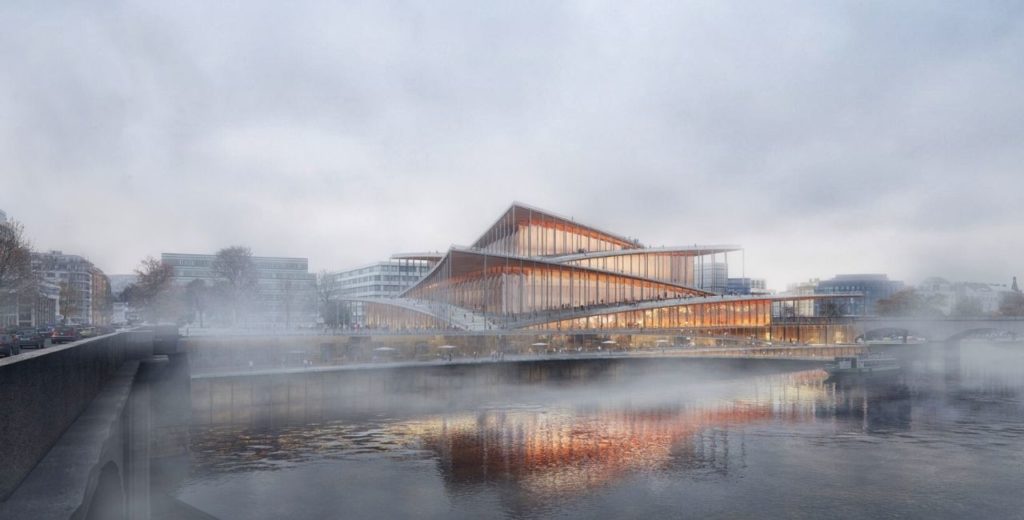 Why does Prague need a new Philharmonic Hall?

There has been no new concert hall for symphonic music in Prague for more than 100 years. The newest, Smetana Hall in the Municipal House, was opened at the end of 1912.

The Dvořák Hall of Rudolfinum is even older, dating back to 1885. Although both halls have been renovated, they are still rather historic. “Not only do they fail to conform to the demands of the 21st century, but in addition, they do not meet most of the requirements for symphonic music,” said Ondřej Boháč, director of the Prague Institute of Planning and Development (IPR Prague.

“Prague’s ambition is to promote itself not only as a city of monuments but also as a center of inspirational live cultural events. The implementation of the new Vltava Philharmonic Hall significantly strengthens and supports these ambitions,” he added. 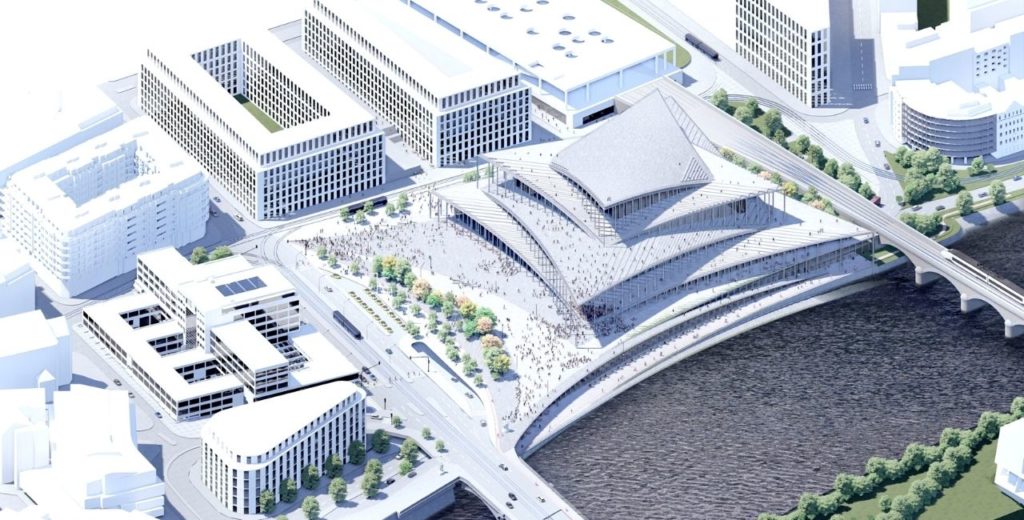