More Cases of the 1st Department or a new mini-series Background of Events will appear on the screens of Czech Television in the fall. New will be a set of four comedies by director Jiří Vejdělek or an internet series by director Damián Vondrášek Pět let. In the cinemas, the audience will see Petr Václav’s historical film Il Boemo, which ČT is a co-producer. Journalists about it on 21.7. 2022, the CEO of CT Petr Dvořák informed.

“Most of the premieres that viewers will see in the fall were created under non-standard conditions and restrictions due to the coronavirus. Despite this, we will offer a strong and genre-diverse program. The planned savings will only become apparent in the following years, the viewer will not know it yet,” said the CEO of ČT Petr Dvořák. The popular series Cases of the First Department will return after six years. In addition to the familiar line-up of investigators led by Ondřej Vetchý, new characters and new investigation procedures will also appear in it. The series was again filmed by directors Peter Bebjak and Michal Blaško based on the script by Jan Malinda and former investigator Josef Mareš. Michal Sýkora, Petr Jarchovský and Jan Hřebejk, who worked together on the films from the series Detectives from the Holy Trinity, will offer a new miniseries Background of Events. Petra Hřebíčková, Jitka Čvančarová, Martha Issová or singer Katarzia will appear in the miniseries. The comedies of Jiří Vejdělek, which were created according to the script by Mark Epstein, will bring stories about men and women who are affected by an unexpected disease. The titles of the films indicate what their heroes will face – Toothless for the engagement, Hands in guarantee, Kidneys without guilt and With a song in distress. Director Vejdělek cast Jiří Langmajer, Eliška Balzerová, Anna Fialová, Hynk Čermák and others in the films. The series Pět let, which was created for the Internet platform of the Czech Television iVysílní, is the work of young budding authors – screenwriter Sára Zeithammerová and director Damián Vodrášek. In ten fifteen-minute episodes, former classmates return after five years for their last complicated meeting at the prom. In cinemas, the audience will see films co-produced by ČT. Among them is Petr Václav’s historical film Il Boemo about the rise and fall of music composer Josef Mysliveček, which will premiere on October 20. Another film that will be shown in cinemas this fall is the road movie Buko by screenwriter and director Alice Nellis. CT will release other distribution films, many of which were already presented at the festival in Karlovy Vary.
JK 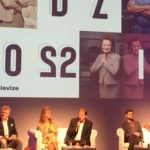 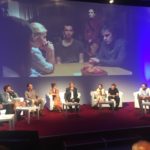 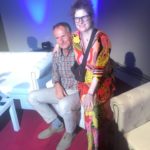