Bernard made a visit to the brewery a unique experience

Since the beginning of June, there is one more good reason to go on a trip to the Vysočina region. The family brewery Bernard has opened an attractive visitor center in Humpolec. It invites you to a tour of its operation, beer tastings and honest brewing cuisine. Visitors are also attracted by the new lookout tower built around the brewery chimney.  “From the beginning, I felt that our relationship with customers did not end with the purchase of beer, but that it had an overlap. I longed for a place where we would be close. I have had the idea in my head for a long time and I am very pleased that we have reached this milestone, ”says the brewery’s co-owner Stanislav Bernard. “Since the original study, which we created many years ago, fifteen variants were created before we reached the final form,” adds Stanislav Bernard, adding that the center will not only serve the brewery itself, but is also a place for meetings, education or festive occasions.  Experiences for all the senses  The visitor center is directly connected to the brewery and sightseeing routes lead directly to the heart of the brewery. Visitors will get acquainted with the production processes, get to know the basic ingredients of beer in their own senses and at the end they will taste the final result of the work of Humpolec brewers in the Sládek tasting hall.  Part of the center is a state-of-the-art cinema hall, where you can watch the filmed story of the brewery. The open testimonies and recollections of Stanislav Bernard and Josef Vávra, co-owners of the brewery, are interwoven with archival and current materials. The actor, screenwriter and director Jiří Mádl put them together for an extremely impressive film. The experience of the visit is enhanced by an attractive exhibition, the center of which is a remarkable, detailed model of the brewery.  Local ingredients in the kitchen, fresh beer straight from the brewery  On the top floor of the center, with a beautiful view of the city, is the design Pivnice Na Štokách. “It got its name from the building that originally stood here. Freshly cooked wort used to cool on the gutters, ”explains Stanislav Bernard, the name of the pub.

In addition to a wide selection of fresh beers directly from the brewery, you can also enjoy excellent food here. It is cooked here mainly from local ingredients from carefully selected suppliers and with regard to the season. Part of the stylish interior of the pub is a unique large oven, where visitors can warm up and watch through the window how their portions are being prepared.
JK 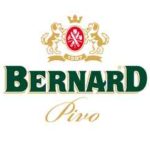 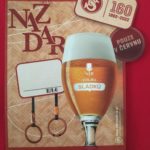