Before the start of a new FORTUNA:LIGA season, it is common for clubs to inform their fans and the general public about news, changes and plans. This also applies to Bohemka every year, and this year was no different. The press conference took place on Wednesday, July 27 from 3 p.m. in the press center in Ďolíček. The opening speech was given by Bohemians press spokesman Petr Koukal, who welcomed the present journalists and introduced the guests. Director Darko Jakubowicz, sports director Miroslav Držmíšek, coach Jaroslav Veselý and summer reinforcement Adam Jánoš. The 29-year-old defensive midfielder headed to the Prague first league club from Baník Ostrava, where his contract expired at the end of June. He signed a two-and-a-half-year contract with the Kangaroos.”: I’m very happy to be here. I secretly hoped it would work out. The coach called and we agreed on everything right away. It was a quick negotiation. I returned home , Bohemka is ideal for me. I am also satisfied in terms of football. Now I’m just looking forward to the league, where Bohemka and I will fight for the victories. We discussed leaving Baník with my family as well. We evaluated it in such a way that it is better for me to be in peace of mind before chasing something somewhere.” Petr Koukal recalled the change of supplier of jerseys and sports equipment. Instead of Adidas, the kangaroos will wear Puma clothing. The equipment will be supplied by Sportfotbal. The energy company Malina Group has become the club’s new general partner. M. Držmíšek outlined the main goal for the new season: “The year before last we played in the final of the group for Europe, which I consider to be a successful season. Last year we were tenth, in the spring we broke the club record for the number of games in a row without defeat. That last season with the playoff for Of course, it was a big disappointment for us. I believe we will return to the two seasons before this unsuccessful one.” 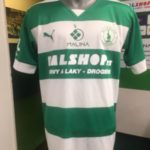 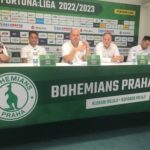