On the eve of the first match of the upcoming season of the Premier League, the new program CANAL+ Sport will start broadcasting, on which the top English football league will be exclusively shown. The production of the new program will be handled by the international company Canal+, which has extensive experience in broadcasting sports broadcasts around the world. The broadcast will start on August 4 at 18.00 with the football magazine Best goals of the 2021/2022 season and will be followed by a self-produced Fantasy Show dedicated to the virtual Fantasy Premier League game. On Friday 5 August at 21.00, the Premier League starts with the first match between Arsenal and Crystal Palace. Before him, the viewers of CANAL+ Sport can look forward to the premiere of the match studio MatchTime, which will start at 20.20. The remaining 9 first-round matches will take place over the weekend and viewers will be able to watch any of them live on match-by-match streams. During simultaneous matches, a conference broadcast will be broadcast, which will bring the most interesting situations from the individual stadiums according to current events, thus offering the best of all simultaneous matches. On Monday from 9:00 p.m., the Premier Club talk show awaits viewers, where moderator Jaromír Bosák will review the round played together with interesting guests.

Programs on the CANAL+ Sport program and new broadcasting studios.

The studios are located in the premises of the AV MEDIA company in Prague, and 3 shows will be filmed in them – the match studio MatchTime, the talk show Premier Club and the magazine about the virtual game Fantasy Show. Once a round we also broadcast an exclusive interview with one of the Premier League players or managers. Match time – moderators of match studies are Jaromír Bosák, Marek Skáčik and Martin Minha. The audience will also be introduced to countless guests, for example the coach of Slavia Prague Jindřich Trpišovský will come exclusively to the first studio on Friday. Premier Club – the Monday talk show will be hosted by Jaromír Bosák and Matúš Lukáč, who will be joined by interesting guests who will not be afraid of a fierce clash of opinions. Fantasy Show – a magazine about the virtual Fantasy Premier League game will be presented by Sonia Krajčová and Karel Tvaroh. Already now, players can register for the game and enjoy the CANAL+ Sport league, where they can win Premier League match tickets and other exciting prizes. In addition to locally produced programs, a number of programs produced by the Premier League about its thirty-year history, personalities, and behind-the-scenes interesting facts will also be broadcast. The soundtracks for the MatchTime and Premier Club programs were produced by the Oficina studio, the decorations for the Premier Club are the work of the Film Dekor company, and the technical background is provided by the Smart Informatic company.
The star team of the CANAL+ Sport program.
A strong team of football commentators, once again led by Jaromír Bosák, will take care of commenting on the broadcasts. Other members are Matúš Lukáč, Marek Skáčik, Jiří Vrba, Martin Minha, Jan Pěruška, Jan Suchan, Štěpán Hájek and Ondřej Lípa. The conference broadcasts will be moderated by Martin Minha and Jan Pěruška. The position of football expert will be taken by the famous coach and former player Radoslav Kováč and other former football aces, such as Zdeněk Zlámal, Roman Bednář, midfielder Marek Matějovský, Jakub Podaný, and Daniel Pudil will fly directly from England to the Czech Republic.
Modern technology to improve the viewing experience.
The Piero system from the Canadian company Ross Video, which we own as the only one in the Czech Republic and Slovakia, will be used for graphic analysis. Thanks to it, our experts can visually analyze match situations with previously unseen possibilities. This system allows, for example, to display the speed of a shot and run or the distance from the goal or another player. Thanks to the cooperation with the company 11Hacks, which prepares top data analysis, match analysis will get a new dimension. In addition to the subjective evaluation of experts, objective data and mathematical models used by teams and player scouts will also be available.
Social networks and distribution of the CANAL+ Sport program.
You can find everything that does not fit into the CANAL+ Sport broadcast, as well as behind-the-scenes information, highlights and other interesting things on our Facebook profiles. You can then discuss situations during matches and football in general with our team on Twitter. Exclusive clips from current matches will also be a treat on social networks.   Where to order.   In the Czech Republic and Slovakia, CANAL+ Sport will be available on Skylink and freeSAT. In Slovakia, also for Orange customers who use the “Skylink TV for Orange” service. And it is possible that the list of options is not final, further negotiations are underway. You can find more information on our website www.canalplussport.cz.
JK 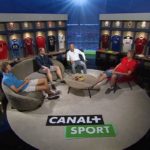 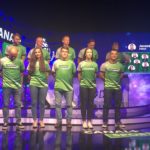 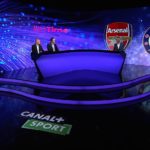