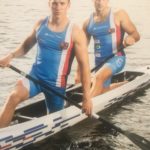 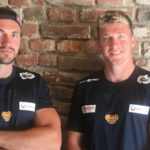 The World Cup race in Račice, which will take place from Friday to Sunday. Elite competitors from all over the world will return to the Czech Republic after five years and Fuksa likes to remember the great atmosphere at the 2017 World Championships.

In Račice, a busy starting field awaits him with all the medalists from the Tokyo Olympics, led by the Brazilian Isaquias dos Santos. But Fuksa wants to focus primarily on her performance. The World Cup races, in the calendar of which a week after Račice follows Poznań, will affect the nomination for the World and European Championships. There, in addition to the Olympic kilometer, Fuksa would like to race on the 500th again. This is the main reason why he and his brother Petr miss delbkanoi this season. They intend to return to it next year to try to qualify for the new Olympic 500 in the Paris Olympics in 2024.
This year’s calendar of top events is unusual, as the World and European Championships are in August. The Continental Championship, which will be part of a multi-sport event in Munich, follows nine days after the World Cup in Canada. Two-time world champion and ten-time European champion Fuksa wants to do both. “Of course, it sucks when you train like that and then has such peaks in a fortnight. It seems nonsense to me. But we have to adapt,” he said.
JK