The new Dvorce Bridge in Prague just got official approval. It will be open to trams, buses, cyclists, and pedestrians, but not cars.

The Prague City Hall has announced the winner of the tender for the construction of a new bridge across the Vltava, which will connect the Zlichov and Dvorce districts (Prague-5 and Prague-4).

The best offer was made by the consortium of companies Metrostav TBR, Strabag, and Firesta Fisher.  According to the plan, the construction of the bridge will begin in August 2022.

The value of the contract under the tender is over one billion crowns. Prague City should receive half of this amount from European funds.

“The idea of building the bridge arose in 2009 when it was placed into the urban plan of the capital. The bridge will serve pedestrians, cyclists, and trams. Most importantly the latter, because, for now, trams crossing the river in that part of the city have to make a wide detour and cross over the Palacký bridge [further up north],” said Deputy Mayor for Transport Adam Scheinherr.

The project includes the design of a new Dvorecký most tram stop. The Prague 4 side of the bridge is planned next to Žluté lázně by Jeremenkova Street. The Prague 5 side will be near the Lihovar tram stop.

“Another interesting aspect about the bridge is that it was designed in the neo-cubist style. The Czech Republic has an established history when it comes to cubist architecture.”

The bridge will be 388 meters long and 16 meters wide.

The City Council also approved a footbridge at Štvanice ostrov to join Holešovice and Karlín. The footbridge will replace the ferry, which now connects the bank of the Vltava River at Pražská tržnice and Rohanské nábřeží. 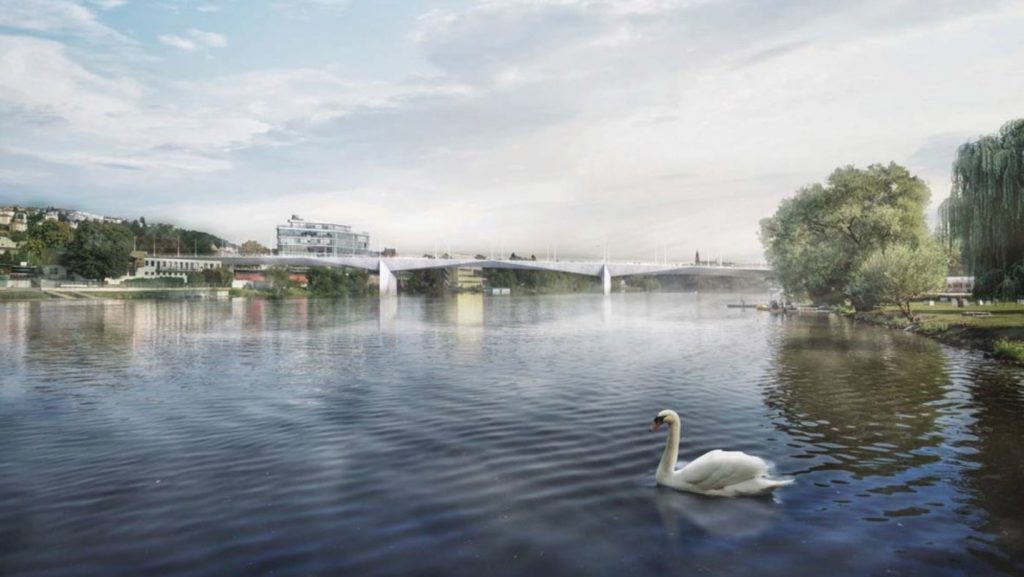 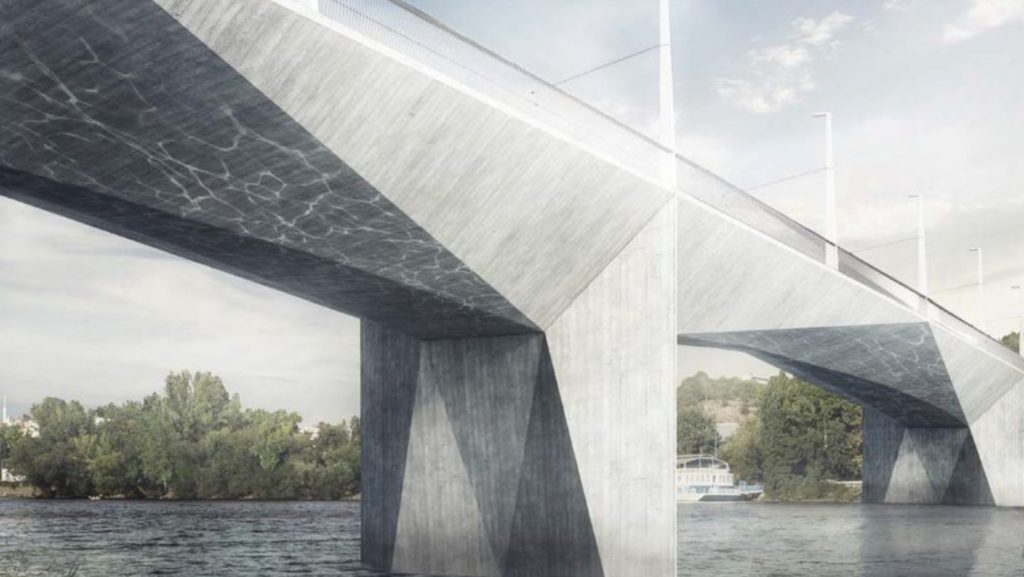