In response to the ongoing war in Ukraine, a new initiative called MAKE ART NOT WAR has been launched, inviting well-known Czech and international artists to create a collection of charity posters.

The project, which aims to raise as much money as possible for humanitarian aid to Ukraine, which will go to the organisation People in Need, is now teaming up with the Vnitroblock centre in Holešovice, where all the works on offer will be on display.

The MAKE ART NOT WAR call for entries includes twenty artists, including prominent figures of the contemporary Czech art scene, such as Michal Škapa, Milan Cais, the duo Tomski&Polanski, but also, for example, Ukrainian street-art artist Andrew Kalkov or Spanish artist Liqen and other foreign artists.

“The MAKE ART NOT WAR project is a nice and modest idea that can help in the fight against monstrous and very immodest power thinking. By not making the original artworks available, but the final form is a poster on quality paper, it should also be accessible to a wide range of potential buyers,” says Milan Cais, artist and member of the Tata Bojs, about the project.

Each of the original artworks was created as a personal response to the ongoing war. Through them, the artists express their attitude to the current situation – some speak to the viewer with the symbolism of peace, using humour or a vigorous gesture expressing disapproval. The posters can be purchased and printed in A2 format on exclusive paper via the project’s e-shop.

The price of one graphic sheet is 800 CZK and the profit from their sale will go to humanitarian aid to Ukraine through the organization People in Need. The charity project MAKE ART NOT WAR is created with the support of Sport in Art and other entities as a show of support for Ukraine.

Milan Cais (*1974) graduated from the Academy of Fine Arts in Prague in the studios of sculptors Hugo Demartini and Jindřich Zeithammel and visual artist Jiří David. The core of his artistic work is the sculptural object, but the register of his creative means also includes manipulated photography, video, drawing and installation.

He has participated in a number of group exhibitions in this country and around the world and his work is represented in several collections. From 1988 to the present day he has been active in the band Tata Bojs as a composer, singer, drummer, lyricist, artist and producer. He has recorded ten albums with the group, for which the group has received the annual Angel Award ten times and numerous other awards.

Tomski&Polanski is an illustration studio consisting of Luke Tomski and Ilona Polanski. It was founded in 2012. Four creative hands, bold color surfaces, human interest stories, humor, and endless hours spent with the craft of drawing make this team an award-winning premier artist for all types of illustrated projects.

Andrew Kalkov is a young Ukrainian painter and street artist. His art places a strong emphasis on philosophical foundations and self-reflection. He works in Lutsk, where he was also born. For the last 10 years he has been creating a series of works called “The Circulation”.

The main symbol of this series is the spiral line – an eternal symbol of perception, one of the world’s most popular ornamental decors over the centuries. Kalkov decided to use this symbol and rearrange it into new modern forms, specifically into art objects created in the style of 8-bit and op-art.

The works of this series spread within street art forms, especially posters, stickers or large-scale murals, which are rapidly growing in popularity and number. To date, he has created more than 30,000 works of art and “The Circulation” graphics also appear on clothing designs, accessories, album covers, sketches or illustrations. 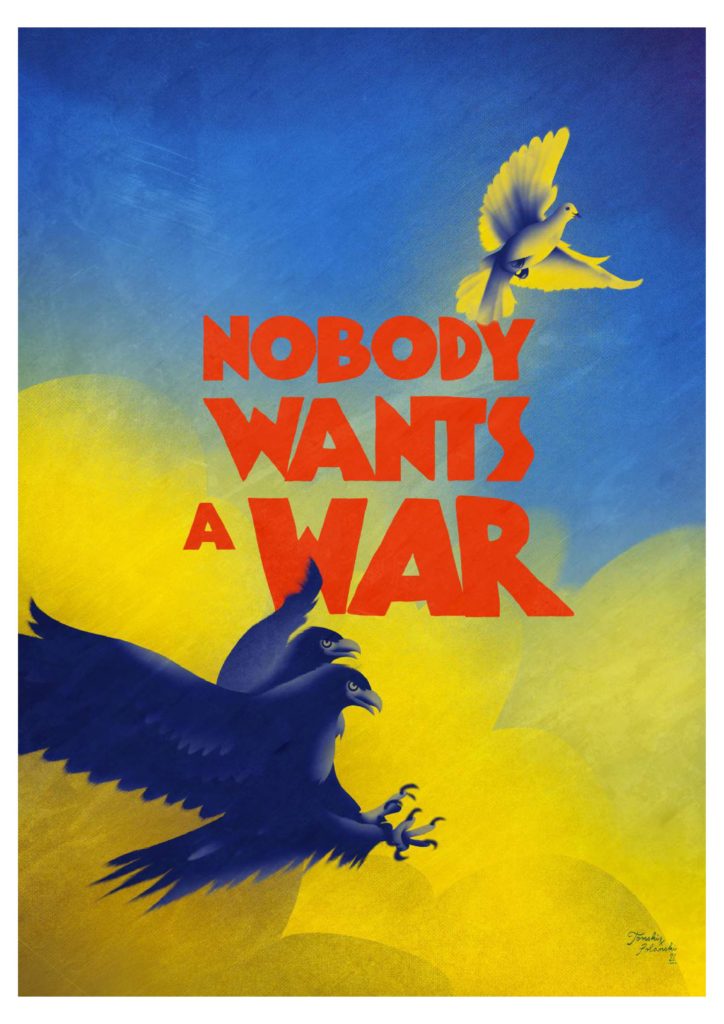 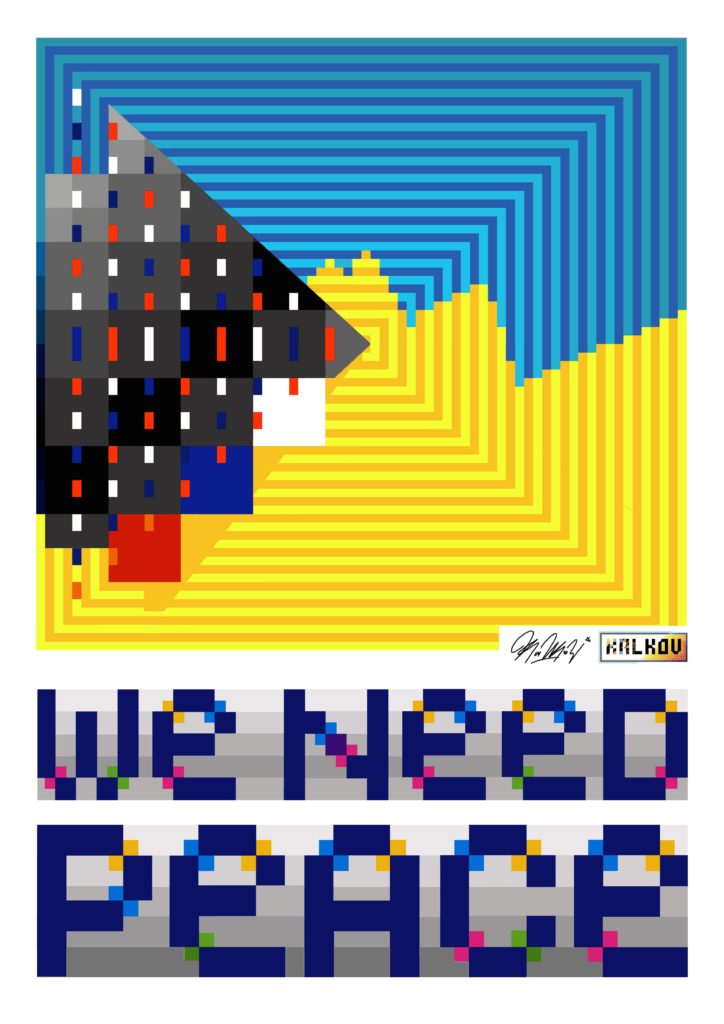