PRAGUE ($1=25.13 Czech Korunas) — Within a month, Czech citizens raised $1.3 million in a campaign to purchase a T-72 tank. On September 6, the Ukrainian Embassy in the Czech Republic launched the campaign. The Ministry of Defense of the Czech Republic was chosen as the guarantor of the entire procedure.

What do Czech citizens buy?

The tank the Czechs bought is a T-72 Avanger version. In the Czech Republic, this tank is well known, as it is the local modernization of the Soviet T-72 tank. The tank will be equipped with night vision with a range of up to 4 km. It is a third-generation electro-optical surveillance system. In its original version, the T-72 has integrated electro-optical night sights, but with a range of only up to 800 meters. The T-72 Avanger will be equipped with a GPS module for navigation and data transmission, as well as reactive armor.

The T-72 Avanger is operated by a crew of three. The tank is designed to destroy other enemy tanks as well as armored targets. It has an integrated system to create a smoke screen for camouflage in real combat conditions. The tank’s gun is 125 mm, in addition, it has two secondary weapons: a linked and an anti-aircraft machine gun. The T-72 Avanger is powered by a twelve-cylinder water-cooled engine. 840 horsepower is the power of the tank. The weight of the armored fighting vehicle is 40 tons, and the speed of movement is as follows: 60 km/h. on the road, 40 km/h in the terrain.

Civilian campaigns to raise money for the purchase of a weapons system are gaining popularity in Europe. Most active in such campaigns are countries from the former Soviet communist bloc, such as Slovakia, the Czech Republic, Poland, Romania, etc. The Baltic states of Lithuania, Latvia, and Estonia are also quite active in these campaigns. 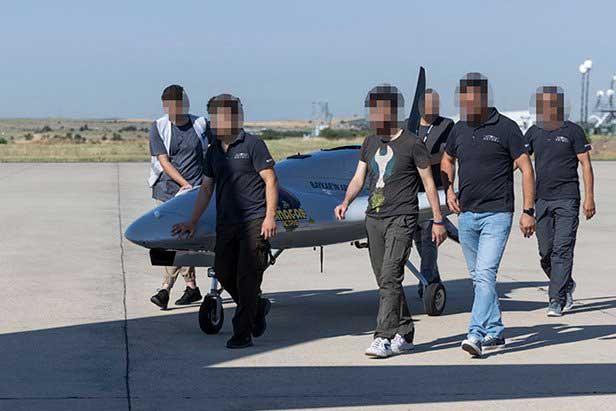 One of the first such campaigns was months ago when a Lithuanian journalist took the initiative to raise money for the purchase of a Turkish Bayraktr TB2 attack drone. The money was collected quite quickly. However, the Turkish manufacturer made a gesture and donated the drone for free. The collected funds went to a general fund to help the Ukrainian victims of the war.