Czech climber Adam Ondra returned home from Flatanger, Norway after the weekend with an unresolved project, but one he won’t let go of. In addition to that, he has two more important points ahead of him: the World Championship in Bern in August, from which he wants to qualify for the Olympics in Paris, and also the World Cup in Prague in Letná in June.

“I’m looking forward. When I was growing up, I participated in the World Cup here as a spectator and I could only compete in 2009 in Brno, when it was difficult to climb,” recalled Ondra about the year he won on the rope at the age of sixteen, but in front of the home crowd in he placed eleventh in his hometown.  “Since then, climbing has grown fantastically, more and more people are interested, and it’s great that it will be in Prague at Letná, when Prague Castle can be seen in the background,” he compared the location with the iconic Chamonix, where Mont Blanc peeks out.
The 29-year-old competitor is going to devote less effort to the hard-to-predict bouldering and combine preparation on the artificial wall with a few races and rock climbing: “Before Tokyo I couldn’t go on the rocks because I didn’t have time because of the speed, now the training will be much more fun.” 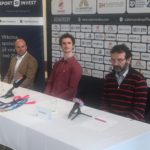 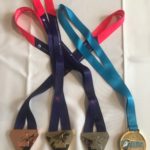