While it’s true the Czechs played a part in resolving a Russian gas crisis during their previous presidency of the European Union Council, they face an altogether different energy crisis this time around as the country takes on the helm of the council once more, said the top Czech envoy in Seoul.

“At the time, it was a problem that was viewed as something that could be solved through negotiations,” said Gustav Slamecka, the Czech ambassador to Korea, speaking in an interview at the embassy in Seoul.

In January 2009, the Czech Republic assumed presidency of the council, the policymaking body of the EU, amid an escalating diplomatic spat between Russia and Ukraine on gas prices.

Within a month, Russia cut off gas to Ukraine, also cutting off a good quantity of the gas flow to Europe. At the time, as much as 80 percent of the Russian gas to Europe was said to be flowing through the pipelines of Ukraine.

Czech Prime Minister Mirek Topolanek stepped up his role as president of the EU Council and mediated talks between Vladimir Putin, then prime minister of Russia, and Ukraine’s leaders. The EU brokered a deal between Russia and Ukraine and gas flows from Russia to Ukraine and Europe were normalized by late January.

Today, the president of the EU Council continues to develop foreign policy strategies, but no longer directly executes them, a role that was delegated to the European External Action Service (EEAS) in 2011. 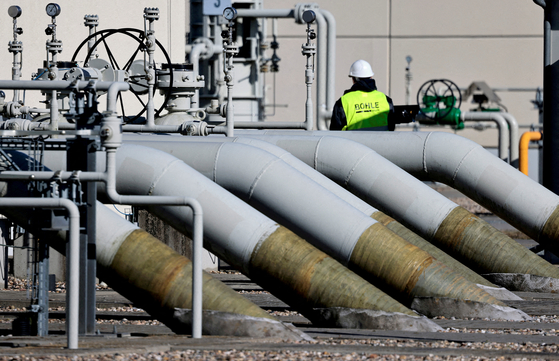 Pipes at the landfall facilities of the ‘Nord Stream 1’ gas pipeline are pictured in Lubmin, Germany, in this file photo dated March 8. [REUTERS/YONHAP]

Solutions for the energy crisis now are also more complex compared to the 2009 precedent.

“This time, the challenge is not about negotiations but finding the alternative, long-term supplier [of energy] and building a logistics system so that energy shipments coming to the European ports can also reach the land-locked European countries that have largely relied on pipes to receive the Russian gas,” said Slamecka, who was also the transport minister of the country during the last Czech presidency of the EU Council.

To hear more about the priorities and plans of the Czech presidency at the council as Europe faces several battle fronts at once, not to mention the growing climate-related disasters, the Korea JoongAng Daily recently sat down with Slamecka at his office in Seoul. The following are edited excerpts of the interview.

Q. Of the many crises facing Europe, what are the priorities of the Czech presidency of the EU Council?


A. The presidency has five flagship areas, which are managing the refugee crisis and post-war recovery of Ukraine, working on the energy security in Europe, as well as European defense capacities and cyberspace security, and building resilience of the European economy and democratic institutions. Climate and green diplomacy is also a foreign policy priority of the Czech presidency of the council. 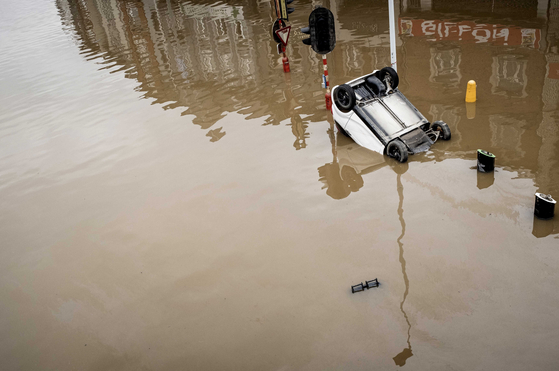 In this July 16, 2021 file photo, a car sits submerged in the water after flooding in Chenee, Province of Liege, Belgium. Scientists say there’s something different this year from the recent drumbeat of climate weirdness. That includes unprecedented deadly flooding in Germany and Belgium, 116-degree heat records in Portland, Oregon and similar blistering temperatures in Canada, along with wildfires. [AP/YONHAP]

The crisis in Ukraine and the energy security of Europe are closely linked issues. How does the Czech presidency intend to address them simultaneously and how might they differ from the solutions sought in the previous energy crises in the region?

The council and the presidency set the direction for policies in the EU for the members to follow. [On the energy security front] this time, the challenge is not about negotiations but finding the alternative, long-term supplier [of energy] and building a logistics system so that energy shipments coming to European ports can also reach the land-locked European countries that have largely relied on pipes to receive the Russian gas.

Refugees in Europe was a big and divisive issue between countries in Europe, even before the Russian invasion of Ukraine. How is the continent addressing the issue since the addition of refugees from Ukraine?


The refugee issue has become more complex and geographically shifted in Europe since the Russian invasion of Ukraine. Typically, refugees from the Middle East or Africa would seek asylum in western European countries, mainly due to historical connections between the countries and the language proximity. Central European countries were mostly used as transit nations in these cases.

But with the Ukraine crisis, we are now speaking of refugees increasing from the hundreds of thousands to millions in Europe, many of them looking to stay in both western and central Europe. Some central European countries had already had Ukrainians working in their countries due to the historical and language proximity, so many of their families joined them. Because many of these central European countries were not traditionally used to a large numbers of refugees, there are still adjustments going on to help the refugees find sustainable jobs, healthcare and education for their children. 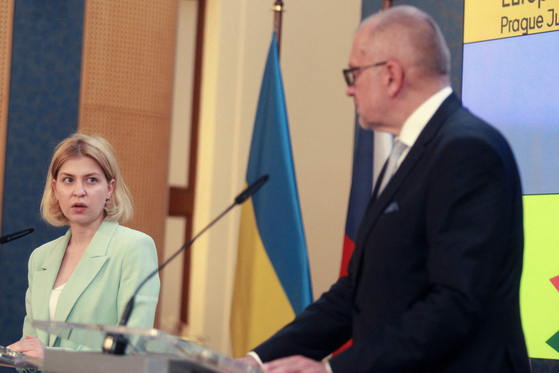 Ukraine’s Deputy Prime Minister Olha Stefanishyna, left, attends a joint press conference with Czech Minister for European Affairs Mikulas Bek, right, after their meeting on the Czech presidency of the Council of the European Union and Russia’s aggression against Ukraine in Prague, Czech Republic, on July 14. [AFP/YONHAP]

Can you tell us more about the recent Czech decision to issue humanitarian visas to Russians who are facing persecution back home due to their opposition to the war?


We stopped giving any kind of visa to citizens of Russia and Belarus [since the invasion]. But at the same time, we wanted to help those who oppose the regimes, so the Czech government began issuing visas to the Russians or Belarusians who are threatened, persecuted or violated of their rights because of their political views.

The Czech presidency of the EU Council designated the Indo-Pacific as one of the special focus areas in its external relations. What does that entail?


The EU and the Indo-Pacific region have enjoyed growing dynamics in their relations, but there has been an increase in tensions in the region, and it’s no secret that it is mainly in relation to China. Europe is reaching out to like-minded partners in the region who share the same values and same quest for democracy, because it is necessary to prepare for possible escalations of tensions that may lead to disruptions that affect Europe’s economy. China over the years has grown into a strong economic power and is at a position able to disrupt economic activities connected to Europe and the United States. We see that they were able to do that in its relations with Korea, with its economic retaliations [over a diplomatic spat concerning U.S.-led antimissile system installed in Korea]. So our engagement with the region would involve the prevention of such cases.

The UN climate conference COP 27 is coming up next month in Egypt. What are the council’s plans on following up some of the EU’s climate-related pledges?


The COP 27 should build on the result of last year’s COP 26 in Glasgow and special attention should be paid to delivering on the commitments made at COP 26, including mitigations, nationally determined contributions or long-term strategies. To this end, all parties, particularly major economies whose current targets are not compatible with the Paris Agreement goal, should increase their climate ambitions in 2022. 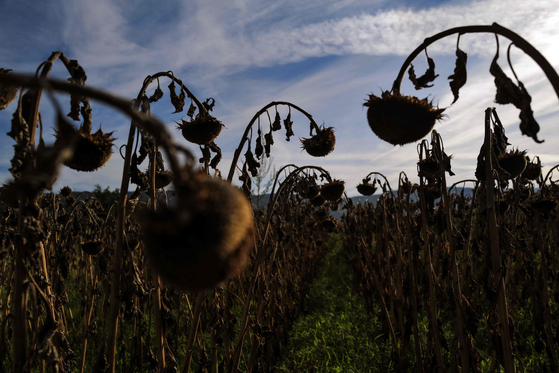 This photograph taken on Aug. 24 shows withered sunflowers due to the drought in the region of Rhone-Alps near Lyon in southeastern France. [AFP/YONHAP]