An amendment to the law on the residence of Ukrainian refugees in Czechia will explicitly reject the temporary protection for the citizens of the European Union, the country’s Deputy Prime Minister Vít Rakušan told a press conference on Wednesday.

The Czech government proposes implementing measures which will extend the time limit for processing an application for temporary asylum to 60 days, but will reduce the time a refugee has to report a change of residence from 15 days to just 3.

Applicants for temporary refuge in Czechia for Ukrainians will have to prove that they have secured accommodation if they do not have housing provided by a regional assistance center.

The amendment also reduces the refugee’s entitlement to health insurance to 180 days — the change affects people aged 18-65 and the period of entitlement shall apply from the date on which they received temporary protection status.

According to Rakušan, the changes are necessary because of procedural reasons. The extension of the time for processing the application comes because the state is now checking the stamps on crossing the border from Ukraine into the Schengen area.

The state will not pay the humanitarian benefit after the approval of the proposal in cases where refugees have accommodation provided with food and other facilities free of charge.

The proposal also envisages that Czechia will not issue visas and residence permits for Russians and Belarusians even after the end of the emergency.

The third month of war

The Russian invasion of Ukraine began on Feb. 24 and the Czech Ministry of the Interior has so far issued 345,200 visas for protection to refugees — almost two-fifths of them were children while women make up 73 percent of adults.

With a visa for protection, Ukrainians are free to commence employment without any barriers, they do not need a permit.

The explanatory memorandum to the amendment states that if the bill is approved at the time of the end of the state of emergency, the adopted legal regulation will follow up on the relevant crisis measures.

If the state of emergency continues after the day the law enters into force, the government will repeal the corresponding crisis measures due to redundancy. 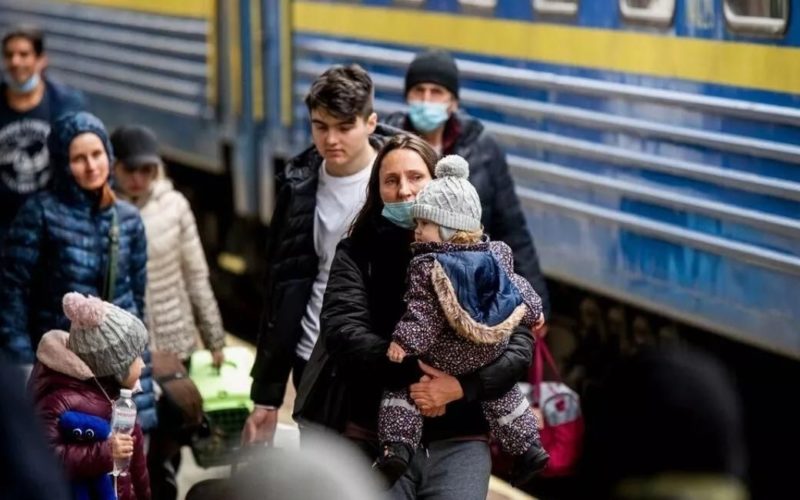