Yesterday, the 10th. In September, the traveling festival “Tastes of Europe” was hosted in Lysá nad Labem, which was also attended by the representative of the Slovenian Embassy in Prague Jasmina A. December. The introductory speech was given by the Governor of the Central Bohemian Region Mrs. Petra Pecková and the mayor of Lysá nad Labem Mr. Karel Otava. The festival was also attended by other representatives of embassies in the Czech Republic, including Luxembourg, Poland, Malta, Romania and others. 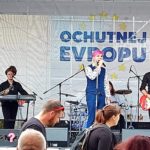 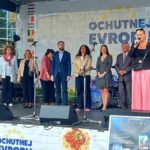 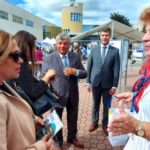 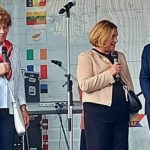