Prague, Žatec, 58 Congress of the world hop growing organization: at the invitation of the president of the Hop Growers Union of Czech Republic Luboš Hejde and the Hop Growers Association of Slovenia the ambassador did magic. Tanja Strniša attended the ceremony of awards for merits in hop growing. Among the winners from 7 countries there were also 3 Slovenian hop growers from Savinjska valley: Ferdinand Kunst, Ivan M. Razboršek and the president of Slovenian hop growers Ivan Janez Oset, who was among other things the president of organizational committee 57. World hop congress 2019 in Ljubljana. The event was conducted by dr. Martin Pavlovič, longtime general secretary of the World Hopmeling Organization.
In Slovenia, we produce hops on around 1600 ha, which represents 3% of the world production, which ranks us 5th. a city between the producing countries. 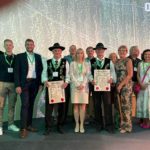 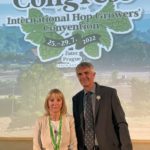 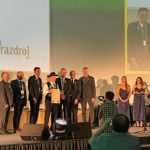 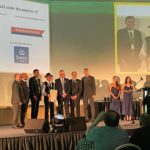