On September 11 in the Czech city of Usti-nad-Laboy, the annual holiday of national minorities called “Color Festival”.
At the invitation of Hetman Ustetsk region, the embassy diplomats visited the west.
In the framework of the festival temporary trusted in the affairs of Ukraine in the Czech Republic vitaliy usatij met with representatives of the Ukrainian diaspora, volunteers and hetman ustecʹkogo region jan šillerom.
The diplomat thanked the head of the region for the support of more than 20 thousand Ukrainians who due to the military aggression of the Russian Federation were forced to seek temporary favor in the region.
During the festival Ukrainians presented a concert program with the performance of Ukrainian folk songs and held a fundraiser to help the Armed Forces of Ukraine. 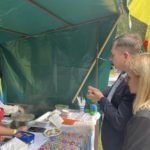 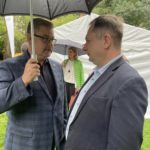 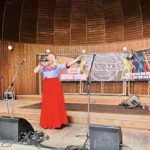 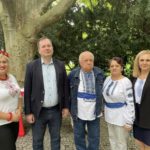