Art exhibition is basically the display of creative artistic works of one artist or a collective group of artists.  Such visits enrich their imagination.

This visit to the MIRO Gallery  was conducted by the Jiří Anderle – Pablo Picasso . The place of the exhibition was situated in the city. The entrance to the hall was itself so artistically designed and the building was surrounded by beautiful paintings. The entry fee to the art hall was 100 CZK.

“Just as we can stand in awe of a plant or the kinetic construction of the human body, we stand in awe of Anderle’s work. With the zeal of enlightened people, encyclopedists, he embarks on a grandiose, endless process in an attempt to find the meaning of life in the depiction of his visions and thereby leave his mark here.”

The detailed information about the paintings, such as painters’ country of origin, theme of the paintings, ethnicity, etc. was provided as reference to the visitors. It was really a good learning and inspiring experience for us.

“So Jiří Anderle brought with his cycles a graphic and painted epic poem to modern life fluctuating between Dante’s Divine Comedy and Rimbaud’s Season in Hell. His graphic art and paintings are connected with Altamira, Goya, and Pablo Picasso.”

Jiří Anderle (*1936 Pavlíkov) was meant to become a miner in 1951. It was the Cold War and the communist regime needed coal. Luckily, his drawing teacher recognised his talent and arranged a fine-art scholarship for him. At weekends, he played in a village band and the events that occurred during the dances became the impetus for his first cycle entitled Village Dances, which he graduated from the academy with. Over the next eight years, he travelled around half the world as a stagehand and later as an actor-mime with the famous Black Light Theatre Prague. Experiences from this human comedy are still intertwined in his work.

After the Prague Spring in 1968, he worked as a pedagogue at the High School of Applied Arts in Prague. In 1973, during the period of the harshest normalisation, he was supposed to receive a professorship, but he refused to join the Czechoslovak Communist Party and subsequently left the school.

The totalitarian regime required foreign currency and so Anderle’s work was able to be exported to the West. From Galerie Baukunst Köln it spread to the collections of American and European museums. Cruel Game for a Man was called one of the most important works of the 1970s by the New York Art News magazine. His anti-war Illusion and Reality cycle was exhibited in the Central Exhibition at the Venice Biennale in 1982. Two years later, the Swedish National Museum in Stockholm hosted an exhibition for him. His graphic art has received 38 awards at international biennales. As the Memory of Nations states, all of these international successes were censored by the “Normalisation” regime. His Appassionata humana cycle of eighty drawings has been published in book form as an artistic accompaniment to Václav Havel’s essay A Word about Words after the November Revolution. In 1996, the National Gallery in Prague hosted an exhibition for him and the President of the Republic awarded him a Medal for services to the area of culture in 2006. He received the Trebbia International Award for in 2013 for artistic achievement. 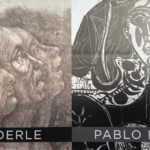 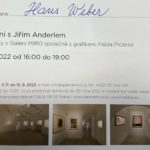 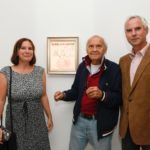 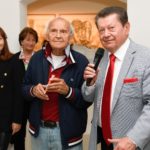 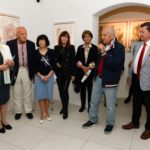 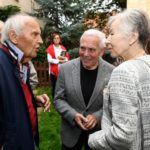 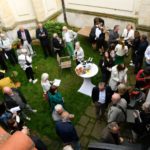 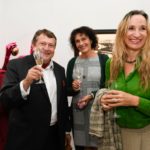 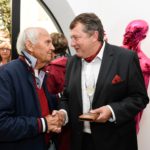 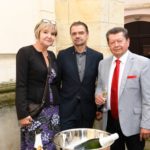 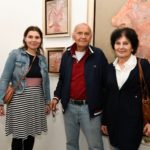 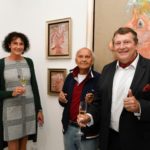 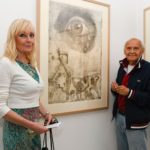 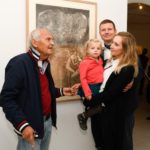 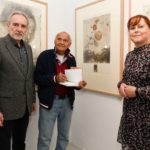 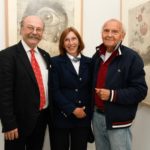 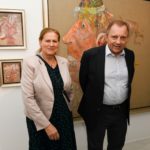 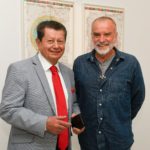 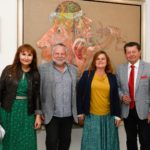 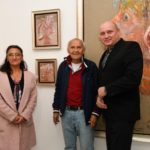 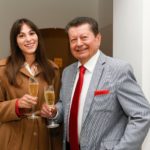