According to the producer of the exhibition and co-founder of BigBoard Richard Fuxy, who in the past bought a collection of fly posters from tennis player Ivan Lendl, the exhibition brings “great emotions” and comes up with an innovative technical solution: “For the first time in the world and for the first time they are projected in 360 degrees in a large-format projection. ”The author of the project, the creative director of the exhibition and the author of the music Michal Dvořák also view the matter very similarly.

According to him, similar multimedia exhibitions were the first to appear in France, and to this day Klimt, Picasso, Dalí and Schiele have seen them: “We wanted to assign Mucha to these greats.” According to him, a team of three hundred people took part in they did it for almost two years. We tried to accentuate emotions, moods and feelings with contemporary means of expression, as Alfons Mucha might do today, “says Dvořák.
The press conference preceding the exhibition was also attended by Mucha’s granddaughter – artist Jarmila Mucha Plocková. According to her, the exhibition is a “revolutionary act” that brings her grandfather closer to the young generation: “In my opinion, he would definitely not resist new technologies, maybe he would cooperate himself.” and appreciate the style he worked with: “It’s a very modern, even impressionistic painting.”
In addition, Alphonse Mucha’s eMotion exhibition presents for the first time the work of an Art Nouveau painter in the form of a digital NFT (non-fungible token), both posters and paintings from the Slavic Epic. Those interested will be able to buy digital images in three editions graded according to quality and price – Emerald, Ruby, Amethyst.
The exhibition will be in the Prague Castle Riding Hall from June 28, 2022 to 13. September 2022. The organizers have ambitions to export the project abroad.
JK 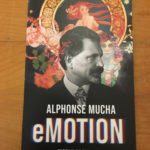 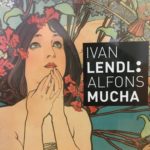 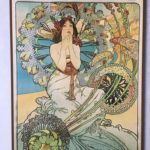 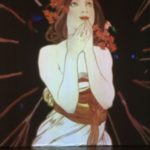 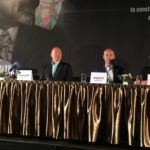 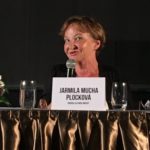 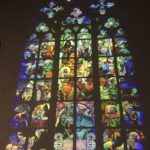