Festival of mini-breweries under Prague Castle

On June 10-11, the tenth anniversary of the Mini-Brewers Festival took place in a picturesque setting under Queen Anne’s Summer Palace.

50 Czech and Moravian breweries, which served not only classic lagers, presented themselves here. People could also taste top-fermented Ale, sour beery, beers matured in barrels after other alcohols.
According to the organizers, two and a half thousand people arrived at the event. “In summer, Summer Ale and light beers in general drank the most. The event is just about beer, there is only one stall with food. People don’t come here to get drunk, but purposefully for tasting. Our festival is completely beyond the beer festivals as we know them in the Czech Republic, “said Jan Šuráň.
The added value of the event was the opportunity to talk about beer technology and the beer itself directly with the brewers. For them, the show is more of a friendly meeting and a demonstration of their work, because the outpouring is usually not the same as at large summer festivals. Each of the participating breweries chose its two best beers and over a hundred types of beer of 33 different styles were prepared for tasting. In total, over five thousand liters of beer were drafted, which represented 66,000 tasting batches of 0.75 dl. For each visitor, there were 39 tasting portions, which would represent less than six pint beers.
JK 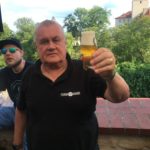 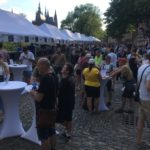 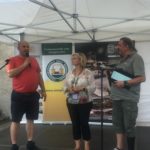 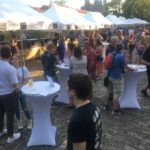