FORTUNA:LIGA and FORTUNA:NATIONAL LEAGUE are starting their thirtieth jubilee season

In order, the thirtieth year of their modern history is ahead of the Czech professional competitions after the division of the federation. The League Football Association is preparing a number of novelties for teams, fans and the entire football public. After the introduction of the first uniform ball for the top competition, a league fan shop was launched before the start of the season, and a new FORTUNA:LIGA partner – the international company JVC – was introduced at the pre-season press conference.

Just like the previous one, the thirtieth season in the history of independent Czech football will be spiced up with a superstructure part. The FORTUNA:LEAGUE FINALS will determine not only the champion, but other participants in the European Cups. Czech football will also send four participants to UEFA competitions next year. “The journey of our cup representatives will certainly be difficult, but the summer course of the preliminary rounds of the European cups will be very important not only for the participants themselves, but for the entire Czech professional club football. Participation in the group stage is important from the point of view of finances, the prestige of the entire league and the value of individual players on the transfer market. I would very much like Czech clubs to fight their way into the main groups in as many numbers as possible and to be able to offer our fans attractive fights on the European stage. Of course, it would be no less important for the Czech coefficient, especially when we know that reaching the important fifteenth place in the UEFA rankings is within the power of our teams,” wishes Dušan Svoboda, chairman of the LFA League Committee, at the start of this year’s cup and league season.
JK 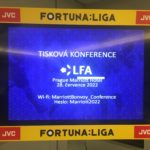 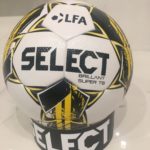 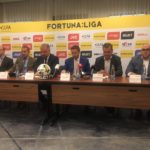