Germany to Give Czechs 15 Tanks to Help it Arm Ukraine 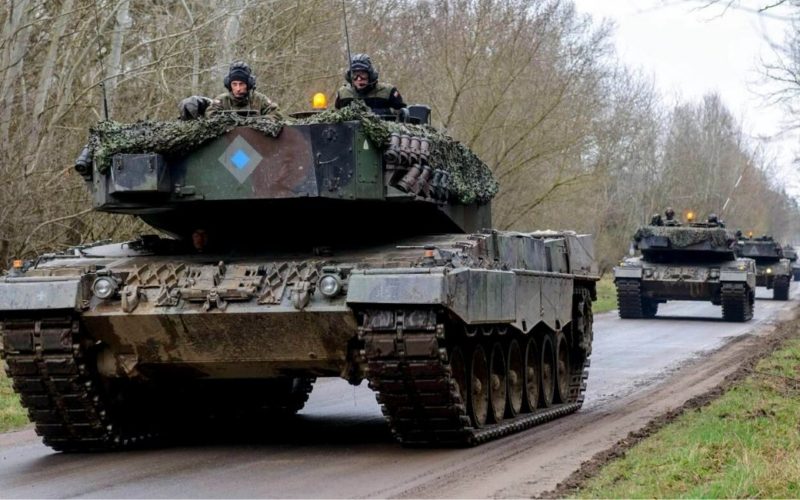 Germany will give the Czech Republic 15 Leopard 2 tanks, the German defence ministry said, part of a “ring exchange” program under which Berlin aims to help countries pass their stocks of Soviet weaponry to Ukraine to help it fight Russia.

The ministry said it would pay for the transaction and train the Czechs to use the Leopard 2 A4 tanks. The Czechs have existing stocks of old Soviet tanks with which Ukrainian soldiers are already familiar.

“The exchange is another good example of how we are helping Ukraine in its brave fight against Russian aggression,” said Defence Minister Christine Lambert.

“The Czechs deliver heavy weapons, and we fill the resulting holes with Leopard tanks.”

The Czechs have given Ukraine Soviet-era heavy weapons worth at least €124 million.

Prague has not disclosed the exact equipment, though local media reports suggest it had sent Soviet-made T-72 tanks and other heavy technology to Ukraine.

The Czech Republic also talked to Germany about purchasing up to 50 more new Leopard A7+ tanks.

Zelenskyy says the war will be long in nightly address

Ukrainian President Volodymyr Zelensky sought to prepare the Ukrainian public for a long war in their country during his nightly video address late Wednesday.

He told the Ukrainian people, “Kherson, Melitopol, Berdyansk, Enerhodar, Mariupol and all our cities and towns that are under occupation, under temporary occupation, should know that Ukraine will return.”

He said however the length of time that would take is dependent on battlefield conditions.

“We are trying to do it as soon as possible. We are committed to driving out the occupiers and guaranteeing Ukraine real security,” Zelenskyy said from Kyiv.

Ukraine extended martial law and the mass mobilization by 90 days until August 23.