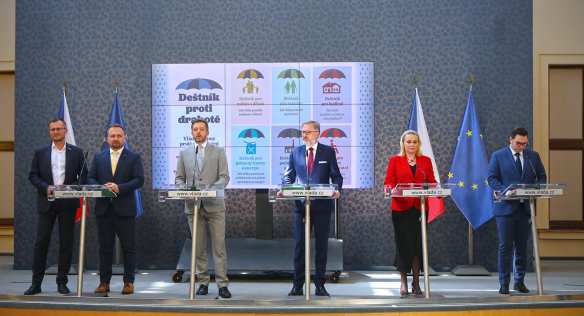 Debtors who are in an unsolvable situation due to years of repayment problems could be given a second chance at simple debt relief. At a meeting on Wednesday, 18 May, Petr Fiala’s cabinet approved draft amendments to the existing laws, intended to repeat last year’s summer debt amnesty. Photo credit: vlada.cz.

Czech Republic, 19 May (BD) –  The summer amnesty (“Milostivé léto”), which lasted from 28 October 2021 to 28 January 2022, allowed those in debt to public institutions and companies with state ownership to deal with the debt by paying the original amount owed, increased only by a fee to the executor of CZK 750. The debtor thus no longer had to pay accrued interest, penalties or any fines for non-payment. As many debtors did not use this opportunity for various reasons, the government has proposed a repeat of the program with several small adjustments. For example, the flat-rate reimbursement of the costs of the bailiff during the amnesty is now set at CZK 1,500.

“This is a repetition of a successful concept that allows people to get rid of unmanageable debt and fines from the public sector. The Summer Amnesty II, as it is called, will begin on 1 September and will last for three months. The first one helped tens of thousands of people, and we expect that there may be many more of them this year,” said Fiala. The measure must now be approved by the Czech Parliament.