He brewed beer at home, in September we can taste it in a thousand pubs

Plzeňský Prazdroj continues its regular cooperation with microbreweries and takes it to the next level: in September’s Choice of Brewers, it presents Vítěz beer, brewed in cooperation with home brewer Martin Březa. The winning special, a top-fermented beer in the Belgian style Grisette, emerged from a unique competition organized by Prazdroj and the Guild of Home Brewers. It is the first time that beer according to the house recipe appears on tap in thousands of pubs throughout the Czech Republic.

Homebrewers, abbreviated as homebrewers, are amateur brewers who brew beer at home. They are united in a Guild with 1600 members, which, in addition to their support and education, aims to teach the public to enjoy different beer styles, experiment and understand beer as such. More than 40 fans of home brewing from the Czech Republic and Slovakia submitted their recipes for beer of various styles to the competition for the best recipe and the opportunity to brew their own beer in one of our largest breweries. While private home brewers can brew a maximum of 2,000 liters of beer per year, the winner of the competition got the opportunity to brew his specialty on a professional level and on a large scale, and at the same time offer it to people in pubs throughout the country.
“Homebrewers are, in the best sense of the word, enthusiasts of the Sobrian interest and passion for beer and its brewing. Even if they are not engaged in brewing beer at a professional level, there are a number of talented amateur brewers among them, who can brew really high-quality and great-tasting beer even in modest home conditions. We were very pleasantly surprised by the variety and sophistication of the recipes that the housekeepers sent to the challenge. I am convinced that the winning beer will be enjoyed not only by lovers of specials,” adds Tomáš Drahoňovský, manager of Volba sładků.
An expert jury consisting of brewers from Plzeňské Prazdroj and the chairman of the Guild selected the best recipe from Martin Březa from Čelákovice. It is an old Belgian-style Grisette beer, which is hardly brewed anywhere today. In the past, this special was especially popular among hard-working miners on the Belgian-French border because it was a bit lighter than the classic strong Belgian beers.   “I like to experiment, and that includes discovering forgotten recipes. I found this style in my search in the archives. I didn’t expect to be the winner and have the opportunity to brew my beer in a big brewery, but it was a great experience. I look forward to going out with my friends for “my” beer. And of course I’m curious what they’ll say about it,” says home brewer and competition winner Martin Březa. The special was created using Pilsner and wheat malt, and its pleasant bitterness and hop aroma is provided by Žateck semi-early red beer. A beer with a characteristic herbal freshness is perfect for making the warm days of midsummer more pleasant.
“In the long term, we at the Guild try not only to develop and support our members, but also to educate the public and elevate beer tasting to an experience where it’s not about the number of beers drunk, but about the quality. Organizing this challenge was a great idea that brought new experiences to us, the home brewers, and I believe to the brewers of Prazdroje as well. Together we agreed that the long-term expansion of awareness of more than a hundred existing beer styles and raising the perception of Czech beer culture to a higher level is our common goal,” Roman Holoubek, chairman of the Guild of Home Brewers, evaluated the exceptional cooperation.  Special Vítěz will only be available on tap in September, and fans of special beers can find the nearest tap on the website www.volbasladku.cz.
JK 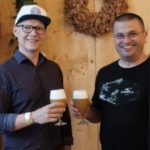 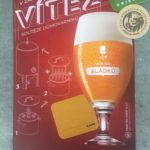