How did the Prague Congress Centre prepare for the Czech Presidency of the Council of the EU?

It has already been two months since the Czech government took over the Presidency of the Council of the EU. In that time, thousands of personalities from the world of politics and economics have visited the Czech Republic.

The day before the start of another of the series of EU ministerial summits, journalists from Czech media visited the Prague Congress Centre. Together, they looked behind the scenes of the preparations, which include, for example, check-up of the building by pyrotechnicians with a specially trained dog, the AV equipment wiring, viewing the facilities of the fire brigade, technical control room, catering and security of the building, which is guarded by nearly 500 police officers.

A great advantage of the Prague Congress Centre is that the building is divided into three parts and has a total of 11 entrances. It is therefore relatively easy to separate the presidency events from the other parts and thus ensure a secure area. Nothing is left to chance. Everything is controlled, including the amount of carbon dioxide in the halls, and firefighting assistance is provided. Technicians have wired up kilometres of cables, dozens of TV sets and installed interpretation booths for translation into English, German, Spanish, French and Czech. These are specialised interpreters who already know the procedural requirements and are also familiar with how such meetings are conducted.

In total, 65 events will take place at the Prague Congress Centre this year as part of the Czech Presidency and thousands of people will attend. For most of them, security, accommodation and catering must be provided. 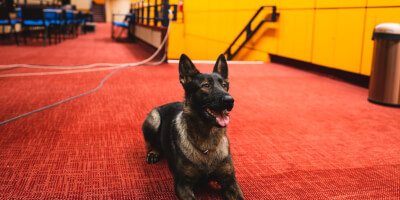 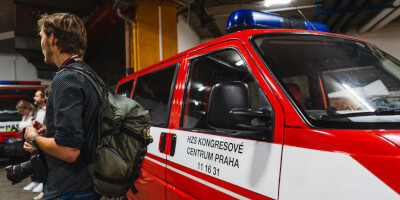 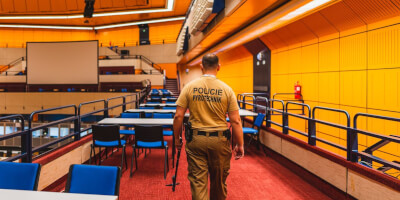 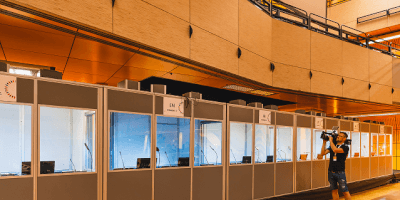