How to Celebrate Sunday and Monday Easter in the Czech Republic

Easter, the most important of Christian holidays, symbolizes redemption, hope, and the resurrection of Christ. As is true for all big holidays, food is a big part of it.

Easter Sunday lunch is the most plentiful meal of the holiday. The amount of prepared food was in the past mainly determined by how much each family could afford, but mostly everyone would eat some type of meat on this day.

In addition to the roasted meat, an integral part of the meal is the sweet lamb cake, a symbol of Christ’s sacrifice.

The name šmigrustovka comes from the Easter Monday tradition of young lads “whipping” girls with pomlázkas (braided willow switches), or šmigrusts, as they are referred to in Moravia. On this day, boys will spend the morning visiting girls around town to “whip” them, which is supposed to make them healthy for the rest of the year.

One ingredient of the šmirgustovka are the eggs that the boys receive from girls they visited. It is certainly a colourful food and can soothe a stomach tired from spending the morning welcoming the spring outdoors. 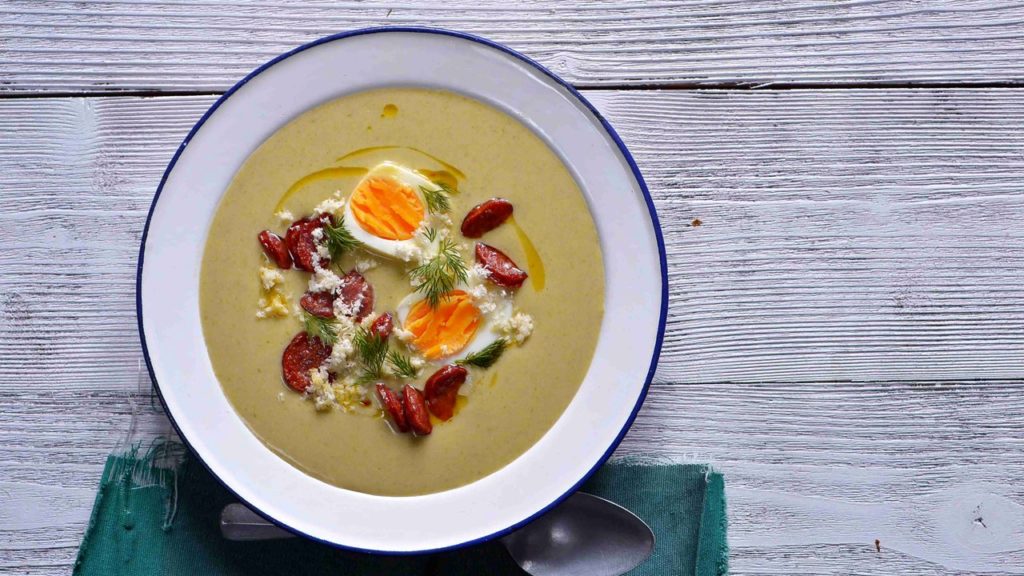 Czech traditions on Sunday and Monday

Easter Sunday (Neděle velikonoční) is a day of preparations for Easter Monday. Girls paint, color and decorate eggs if they haven’t done so already, and boys prepare their pomlázkas!

In my family, decorating Easter eggs is a simple affair: dip some hardboiled eggs in water filled with boiled onion peels and then place store-bought Easter stickers on the eggs.

Easter Monday (Pondělí velikonoční) is a day off, the day of the pomlázka.

The origin of the pomlázka tradition (pomlázka meaning both the whip and the tradition itself) dates back to pagan times. Its original purpose and symbolic meaning is to chase away illness and bad spirits and to bring health and youth for the rest of the year to everyone who is whipped with the young pussywillow twigs.

Boys would whip girls lightly on the legs and possibly douse them with water, which had a similar symbolic meaning. An Easter carol, usually asking for an egg or two, would be recited by the boy while whipping.

The girl would then reward the boy with a painted egg or candy and tie a ribbon around his pomlázka. As the boys progressed through the village, their bags filled up with eggs and their pomlázkas were adorned with more and more colorful ribbons.

This tradition is still largely upheld, especially in villages and small towns, although it may have lost its symbolism and romance and is now performed mainly for fun. Some boys and men seem to have forgotten that the whipping is supposed to be only symbolic and girls don’t always like that. T

he reward has also changed – money and shots of plum brandy (slivovice) are often given instead of or in addition to painted eggs and candy. So by early afternoon, groups of happy men can be seen staggering along the roads… All that aside, Easter remains one of the most joyful holidays on the Czech calendar.