Important sporting events benefit the economy of the Czech Republic

The area of ​​state support for major sporting events (VSA) is going through a difficult situation. Compared to last year, VSA support has decreased by more than half for the entire sport. As a result, it could not reach a number of applicants, among whom are renowned international motorsport companies with high attendance. The Autoklub ČR, from the position of the national authority for motor sports, draws attention to the current situation, pointing out the extraordinary economic benefits from the organized events. The analyzes show that motorcycle and car sports events bring several times more funds for the state by organizing them than they themselves need from the state.

“State support is thus an investment with significant financial income for public budgets. It is precisely in this difficult time that important sporting events can help to start the economy of the Czech Republic. On the other hand, the loss of income from the state budget can mean a stop for many organizers of traditional and popular races,” explained Jan Šťovíček, president of the Autoklub ČR.
While last year state support for VSA was 250 million, this year it is 107 million CZK so far. In 2021, a total of 35 million state aid was released for major motorsport events, this year only 3.5 million CZK so far. At a joint press conference, representatives of the Autoclub of the Czech Republic and the organizers of major sporting events today called for the release of funds from the state budget for the second round of calls for major sporting events in 2022. “With all responsibility, we realize that in connection with the conflict in Ukraine and we find its effects in a very difficult economic situation. The auto club has been a responsible partner of the state since the founding of the republic in 1918. This tradition obliges us not to criticize, but to appeal to the necessity of solving the lack of financing of renowned sports enterprises. As a result, they bring significant income to the state treasury,” added Jan Šťovíček.
On an international scale, the Czech Republic is among the organizing powers of motor sport, highly recognized by the International Automobile Federation FIA and the International Motorcycle Federation FIM. Races such as the Zlatá přilba Pardubice or the World Championship at Markéta in Prague, the prestigious Superbike World Championship in Most, the legendary Barum Czech Rally Zlín, these are the jewels of Czech motorsport. And just this year, their organizers cannot yet count on state support. “At the same time, the analyzes speak clearly. It is very important to realize that these actions are a definite benefit for public budgets and tourism. I will use our example. Barum Czech Rally Zlín is one of the world-famous competitions. The proof of its popularity is not only the media attention given to the event – as part of the entire race, this year it is planned to broadcast the entire course live on media platforms around the world for the first time in history – but mainly the attendance of the event itself. 55,000 unique and 250,000 cumulative visitors from all over the world visit the Zlín region and the city of Zlín every year,” emphasized Jan Regner, vice president of the Czech Auto Club for VSA and director of the Barum Czech Rally Zlín.
The Analysis of the economic impacts of motorsport events held in the territory of the Czech Republic with a plan for 2020 without the influence of extraordinary measures due to the coronavirus pandemic results in a total benefit for public budgets of 2.0 to 2.9 billion CZK.
JK 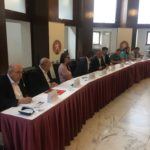 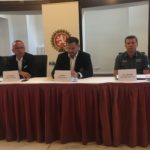