This independent town of war veterans turned into a popular film location and cultural center in Karlin district. It is slightly getting alive, and you might be a witness to its rebirth.

What You Can Explore in Invalidovna

Invalidovna is one of the largest complexes in Prague, where you can still experience an authentic urbex exploration feeling. In the upcoming years, the Invalidovna will be reconstructed for the first time during its existence. Therefore, you have a unique opportunity to visit and explore the complex with its original atmosphere. 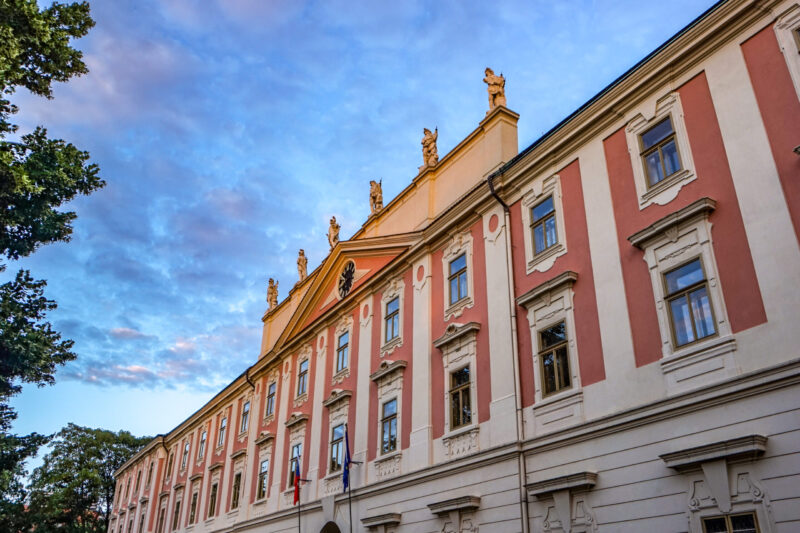 Invalidovna was designed as a kind of a small town for war-veterans from the Austrian-Hungarian Empire and later from Czechoslovakia. Initially, the whole complex was supposed to be nine times bigger.

The veterans had their church, cemetery, slaughterhouse, bakery, fields, and orchards for agriculture, pub, and of course, accommodation rooms for their disposal. It was like a small world in the suburb of Prague.

During a peak period, about 1.500 people lived there. Today, the whole complex is empty. Only some fragments remained such a prayer room and some sculptures. 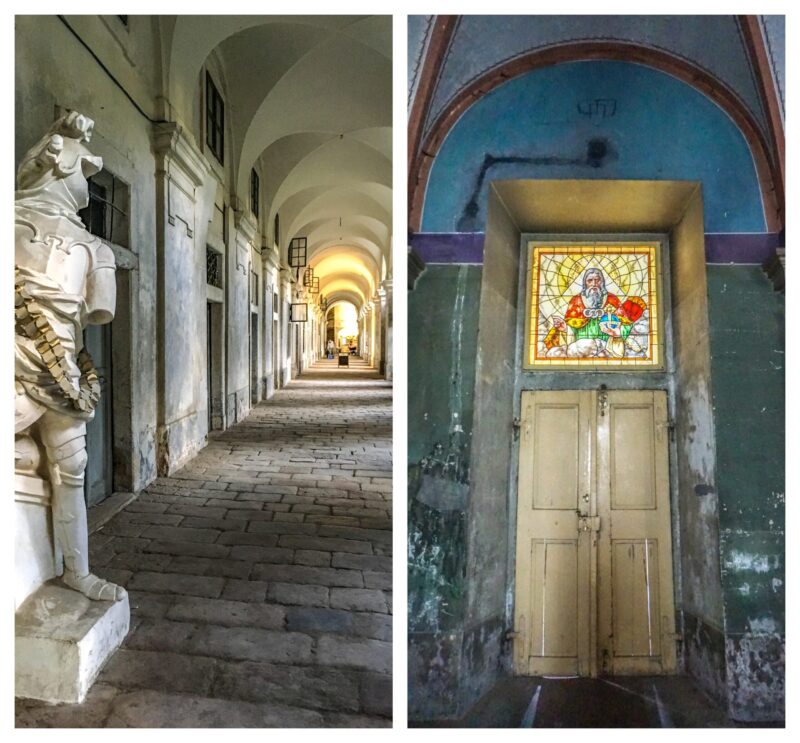 This extensive Baroque complex (constructed between 1731-1737) has its example in Paris Hotel Les Invalides. For the Baroque design is responsible the famous Czech architect Kilian Ignaz Dienzenhofer. You might know his St. Nicholas church in the Old Town Square.

Invalidovna served as a home for veterans until the 1930s. During WW2, the Nazis used the whole complex as an archive. Then, the Communist regime used it as a museum and military archive as well. In 2002, Invalidovna was largely damaged by floods and then fell into disrepair. 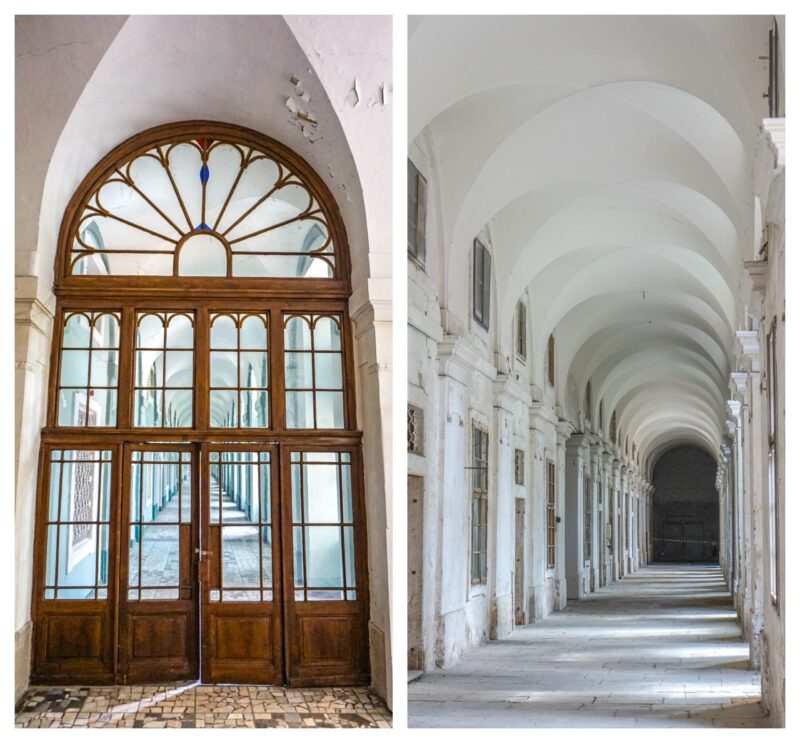 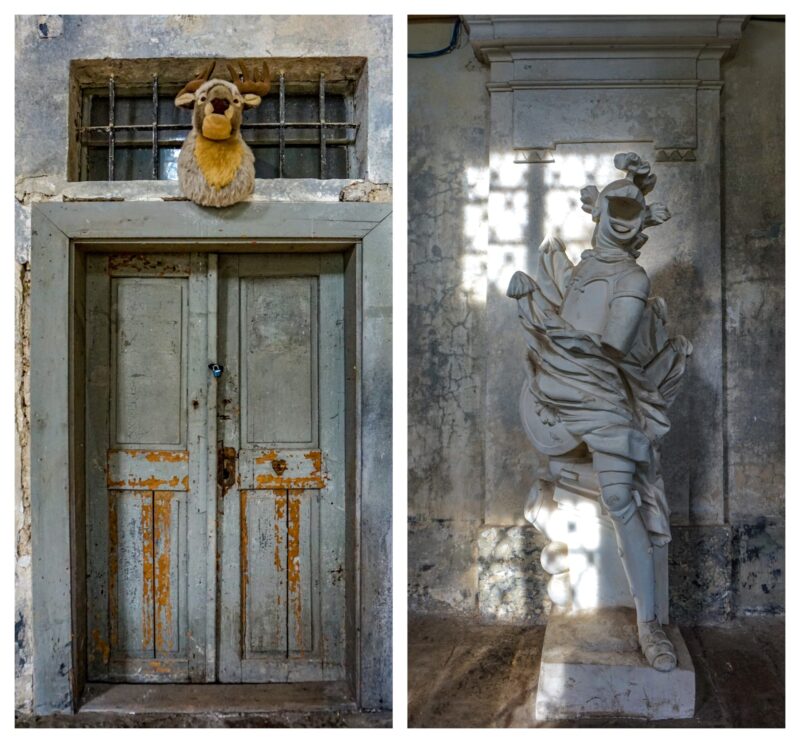 The atmosphere of Invalidovna is unique. That is why it is so popular for filmmakers. You might see Invalidovna in the movie of Miloš Forman, Amadeus, but also The Young Indiana Jones Chronicles as well as Hellboy. Recently, the miniseries about Einstein and Freud, prepared by Netflix production, used the opportunity of the excellent atmosphere of the Invalidovna as well 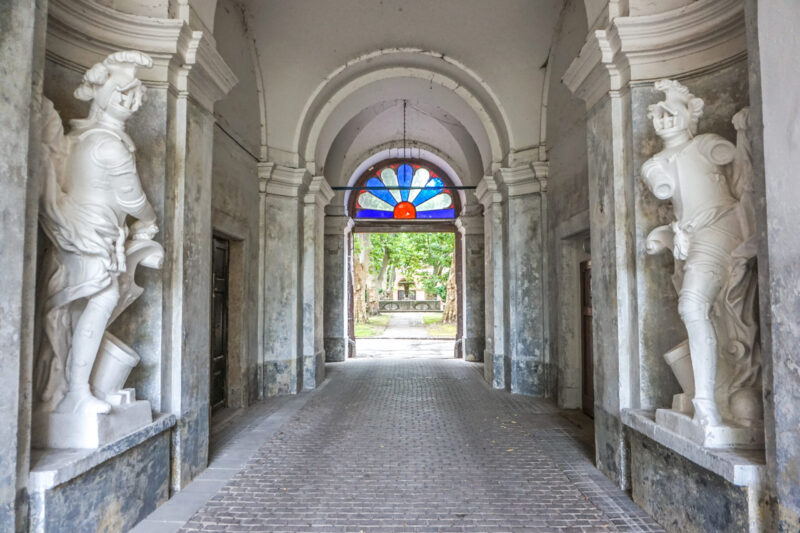 How to Get to Invalidovna

You can find Invalidovna at the end of the Karlin district, by the metro Invalidovna. On the other side of Karlín (by Florenc metro) you can find a former military barracks Kasárna Karlín that are also open to the public with diverse cultural programs.

Both objects served military purposes, Kasárna Karlín for active soldiers and Invalidovna for retired ones. Both of them were closed to the public for decades. 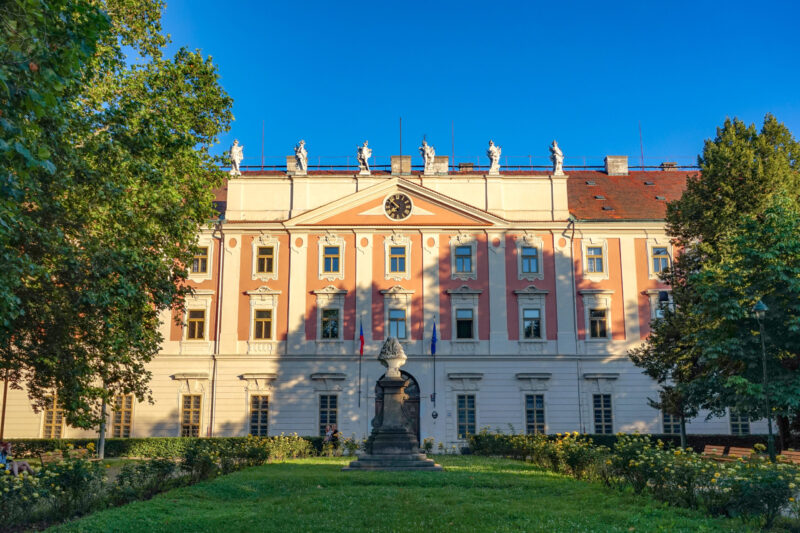