Jan Žižka entered cinemas last week with the participation of many foreign and Czech actors. “I am thrilled that such a large number of people came. I would never have chosen this term for Czech distribution, but I had to adapt to America. In addition, I was quite worried that not only covid, but above all the energy crisis, would affect cinema attendance in an absolutely fundamental way. Which unfortunately happens, but there is simply nothing you can do about it,” said the film’s director Petr Jákl from the USA, where he is currently accompanying the film to distribution.  However, the situation in America is also not the most favorable in terms of cinema attendance. “In the end, we dramatically reduced the number of cinemas in which Žižka is shown here, to about 1,300. Cinema distribution in America is incredibly complicated at this time, and since Jan Žižka is not known here, it would be terribly expensive financially to promote the film,” explained Jákl with the fact that he would have to put more into the promotion than the film itself cost. “That was already too big a risk for me, which I wasn’t going to take. Since it has become very strong in the online world, we will generate most of the profits there,” added the director and producer. 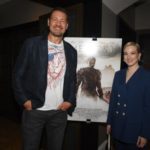 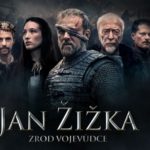