The Dancing House Gallery exhibits original drawings by the comic Muriel and the Angels, which Kája Saudek created based on a screenplay by Miloš Macourek. The original materials of this fundamental work of Czech comics, lost and searched in vain for decades, later mysteriously found but kept secret, finally returned to the Saudek family collection as a whole after many years of litigation. These 130 original drawings of the Muriel and Angels comics, the treasure of Czech comics, are presented to the author by the heirs to the public for the very first time, in the depths of the second underground floor of the Dancing House. In addition to this gem, the current exhibition also includes dozens of original paintings and graphics, exhibited on the ground floor and first underground floor, belonging to the best that Kája Saudek has ever created. 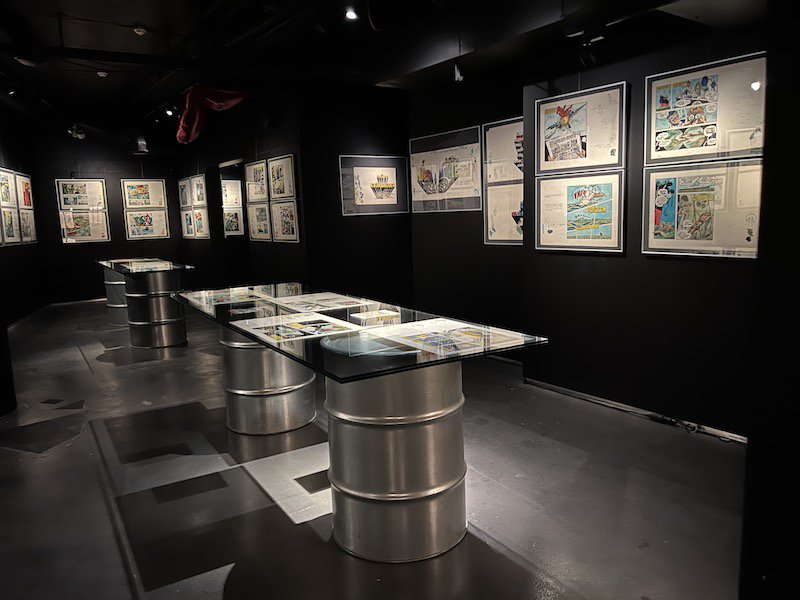