Czech scientist, inventor, fighter for the country’s independence Ludvikas Očenasekas was honored at the Embassy in Prague. On Monday, the almost year-long project “In the footsteps of Ludvíkas Očenášek” was completed, which was implemented by the Embassy in cooperation with the Prague 5 Municipality. A project for the L. For the 150th birth anniversary of Očenášeko. More than 150 guests gathered in the embassy yard: ambassadors of foreign countries, members of the Seimas who made a visit, the management of Prague 5, representatives of government institutions, political and social organizations, members of the Czech Lithuanian community, pro students, seniors and experts participated in jekte, L. Relatives of Očenášek and those who cherish his memory. The guest of honor of the event is Vladimir Balash, Minister of Education, Youth Affairs and Body Culture of the Czech Republic.
Ludvikas Očenášekas is important to the history of the Czech Republic not only because of his scientific inventions but also because of his role in the struggle for Czechoslovak independence. In the year of World War I L. Očenasek secretly joined the telegraph line, which joined the general headquarters of Austria-Hungary and Germany, and handed over the military information to the Czechoslovak underground movement, – said Lithuanian ambassador in Prague Laimonas Talat-Ke The dog. The above telegraph line went through the plot where the Lithuanian Embassy is located today.
A children’s theater organized a performance about the life of an inventor and a patriot in the embassy garden, and the culmination of the evening was an impressive concert of the Lithuanian Military Air Force Orchestra, led by chapelmaster Ričardas Kukulski, and the Czech military air a performance by kester sextet.
Praha 5
Armáda České republiky
Lietuvos Karinės oro pajėgos / LTU Air Force
Sokol – Česká obec sokolská 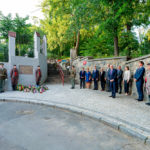 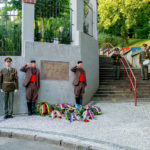 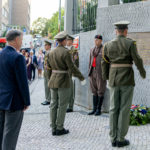 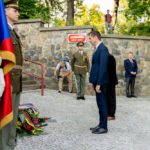 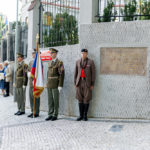 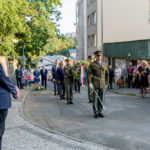 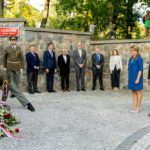 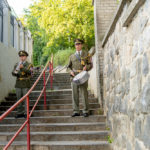 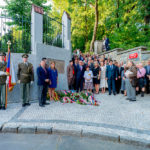 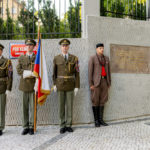