On the 20th July, the Embassy of Egypt has organised the celebration of the National Day of the country . The event has been held at Embassy of Egypt. His Excellency Saiid Hindam, Ambassador of Egypt and Montenegro in the Czech Republic has hosted the event and welcomed the guests.

The National Day is officially scheduled on the 23th July and this year celebrates the 70th anniversary of the Revolution , when the Republic of Egypt has been established following the dissolution of the Kingdom. In addition, the diplomatic relationship between Egypt and (at that time) Czechoslovakia has been established 100 years ago. The event has been attended by a number of diplomats of other countries and other selected guests, in particular the Czech Government has been represented by the Vice Prime Minister Ivan Bartos. 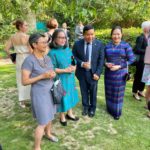 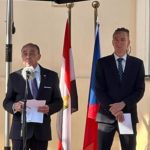 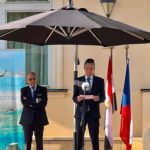 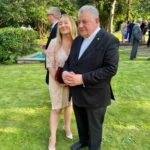 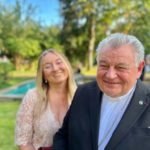