Number Of Forest Fires Anticipated To Increase Due To Climate Change 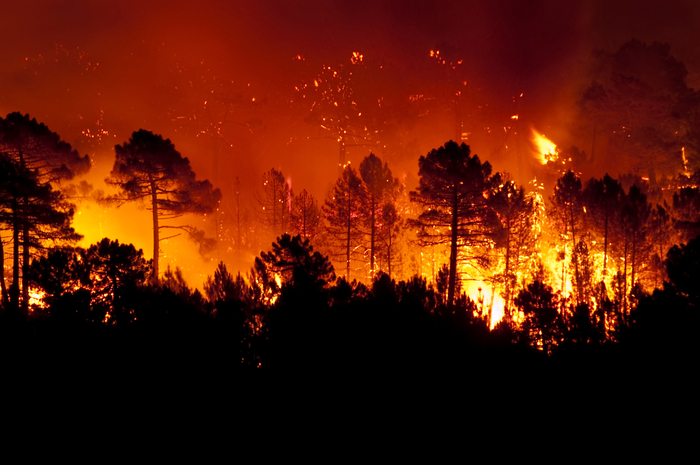 Forest fires could become a significant problem in the Czech landscape. According to Petr Čermák from the Faculty of Forestry and Wood Technology at Mendel University in Brno, forest owners should take precautions to address the rising risk and implement some preventive measures. He suggests, for example, fire-retardant belts, so-called fuel breaks, in places with the highest risk of fire. The public should also avoid dangerous activities that can lead to fires. Photo credit: Mendel University

Czech Republic, 17 May (BD) –  Experts have been dealing with forest fires for a while. For example, the FireRisk website has been operating for two years, reporting the degree of risk of fires monitored eight days in advance, broken down into individual cadastres. This year’s spring months are still very dry, which adds to the risk.

Čermák predicts that at least some forest owners will have to take detailed measures in the coming years. The most critical places are very dry habitats with a high number of camps and cottages in the vicinity. “It will be necessary to implement some measures that are not used in our country and are known from countries where vegetation fires are a big problem. In our conditions, it will be more about belts with an adjustment of the character and density of vegetation than about belts with exposed soil,” said Čermák.

He also said that larger fires have not been common in the country for a long time. If they broke out, they were soon extinguished. Nevertheless, there were several larger or large forest fires, the largest in the last decade being the fire of the so-called Moravian Sahara in May 2012, when almost 165 hectares of forest burned in a few days.

Tougher and more intensive measures have been implemented in the Czech Republic in the past, around railways when steam propulsion was still dominant. “Intensive preventive measures have been abandoned since its termination. But the situation is changing. The climate of the last three decades is significantly more favourable to fire than the previous decade and this trend will continue,” said Čermák. He added that, if we are careful, we can significantly reduce the number of fires.

Common negligence that causes fires includes starting a fire or disposing of hot ashes in an inappropriate place, smoking, burning grass or waste, and unintentional ignition from any hot object. “Negligence and carelessness cause about 60% of forest fires in the long run. Fortunately, a typical fire in the forests is a small area fire which is soon extinguished, but this cannot be relied on,” added Čermák.