On June 28 You Can Visit the Lobkowicz Palace for Free

On Tuesday, June 28, you can visit the Lobkowicz palác, usually closed to tourists, for free.

Lobkowicz Palace is one of the most important High-Baroque buildings in Prague. It was projected by famous Baroque architect Giovanni Battista Alliprandi and there is a large decorative garden behind it.

It has been a seat of the Embassy of the Federal Republic of Germany in Prague since 1973. It became an important place in 1989: thousands of citizens of the former GDR could move to the FRG from this palace at the time.

The embassy will organize an exhibition of German tourism regions, food tents and other accompanying programs.

The palace was planned with two facades: those of street side and the more impressive garden front. The Lobkowicz family acquired the palace in 1753, and it was given its Late-baroque appearance by Ignác Johann Palliardi in 1769.

The garden (partly open to the public), which stretch the Petín Hill, was restyled in the manner of English “natural” landscaping in 1793 by J. Skalník, who had been responsible for the landscaping of Marienbad Spa.

In the palace gardens, you’ll find a sculpture by David Cerný of a golden Trabant that pay tribute to the thousands of East Germans who slipped into West Germany via the German Embassy in Prague, leaving behind their East German cars. 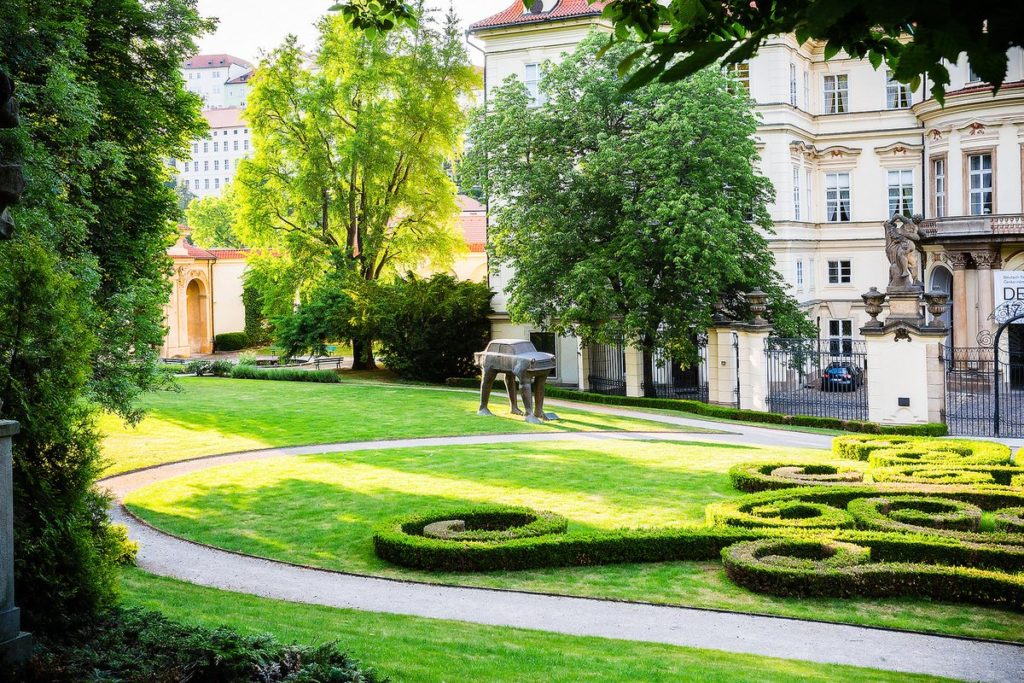 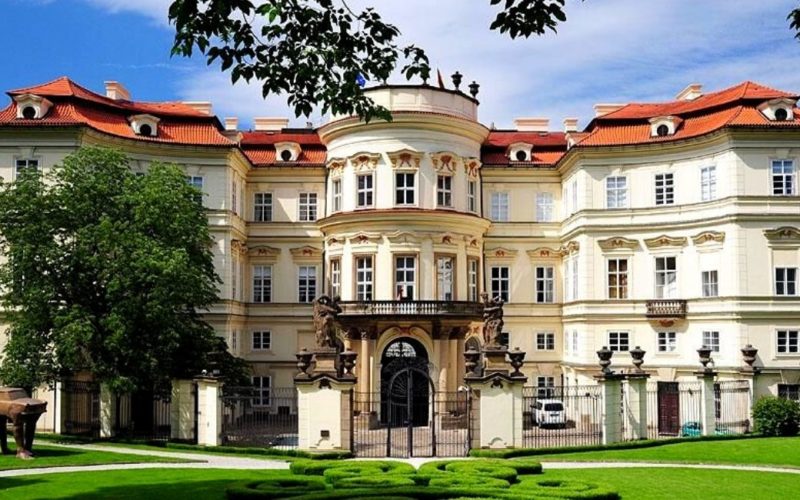 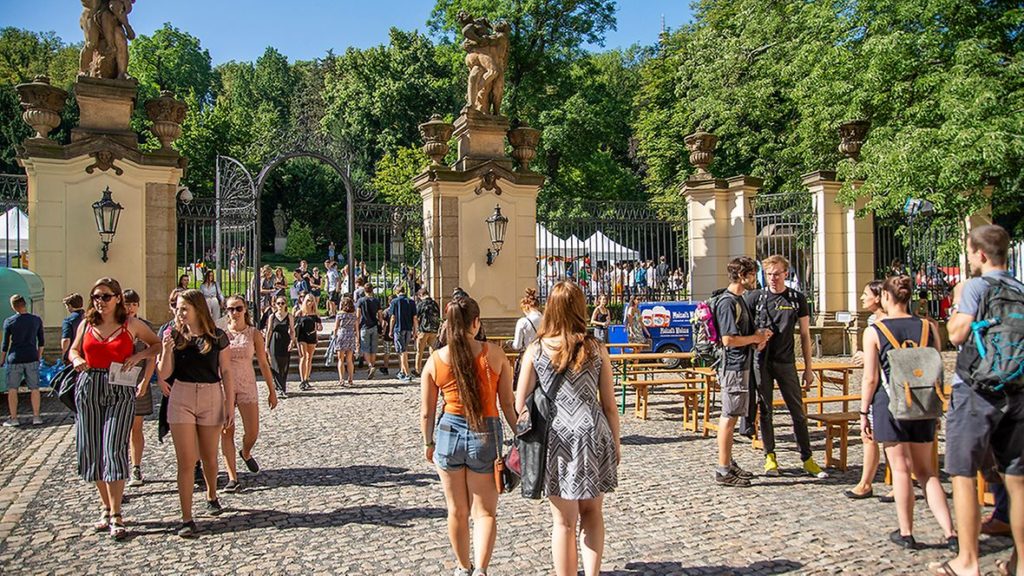 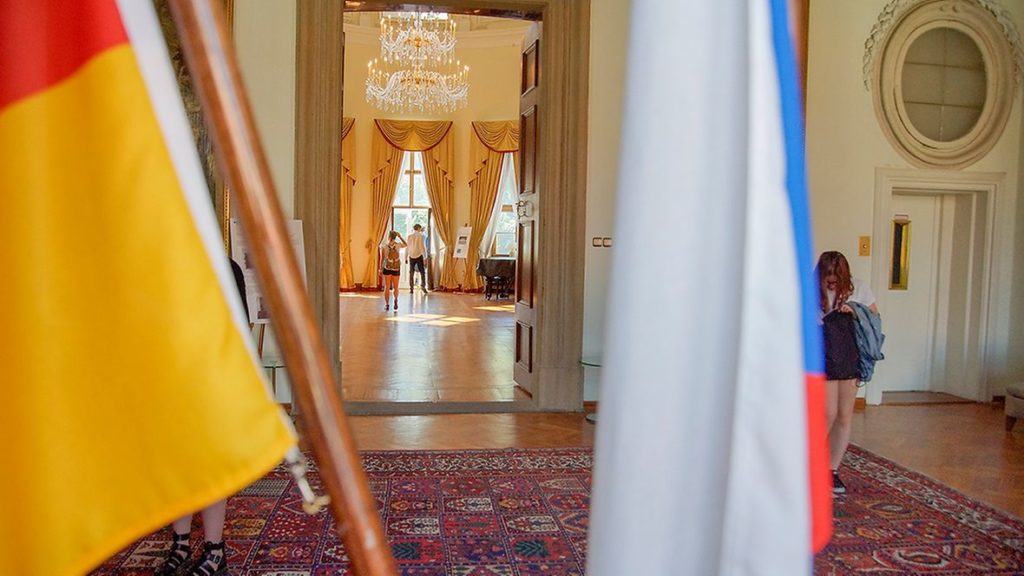