On This Day, in 1990: John Paul II Became the First Pope to Visit Prague

Not only was this seen as a symbolic step in the newly post-communist country, Pope John Paul II also gave acknowledgment to one of the key figures in Czech history, Jan Hus, and warned of nationalism in a state that would soon break apart.

A previous visit planned in 1985, to celebrate the 1,000-year anniversary of the death of Saint Methodius was cancelled at the last minute by communist authorities, who feared the pontiff’s popularity would embolden democratic aspirations in the population – as had happened during John Paul II’s historic 1979 visit to his native Poland.

Greeting John Paul II as his plane landed in the airport that would later bear his name, President Vaclav Havel famously declared:

“I do not know if I know what a miracle is. Nevertheless, I dare say that right now I am now the witness of one.

Here is an excerpt from the pope’s answer to the president’s welcome.

“I had profoundly hoped to visit your country five years ago, on the occasion of the 1,000-year anniversary of the death of Saint Methodius, but it was not possible. I thank the Lord for letting me fulfill this wish now. During the beatification of Saint Agnes Přemyslid [of Bohemia] I heard the mighty call from thousands of Czechs and Slovaks that the pope must come to Prague. The pope understood the imperative of their wishes.

“Yes, the first Slavic pope must visit Prague, [the pilgrimage site of] Velehrad and Bratislava. The wish of the faithful is equaled by his own wish to show the fraternal nations of Czechoslovakia how close they have always been to his heart.”

Shop windows along Wenceslas Square were filled with commemorative plates, pictures and other papal memorabilia.

A dozen cardinals from all over Europe were on hand for the visit, led by Cardinal Frantisek Tomasek, 90, the leader of the Czechoslovak church. 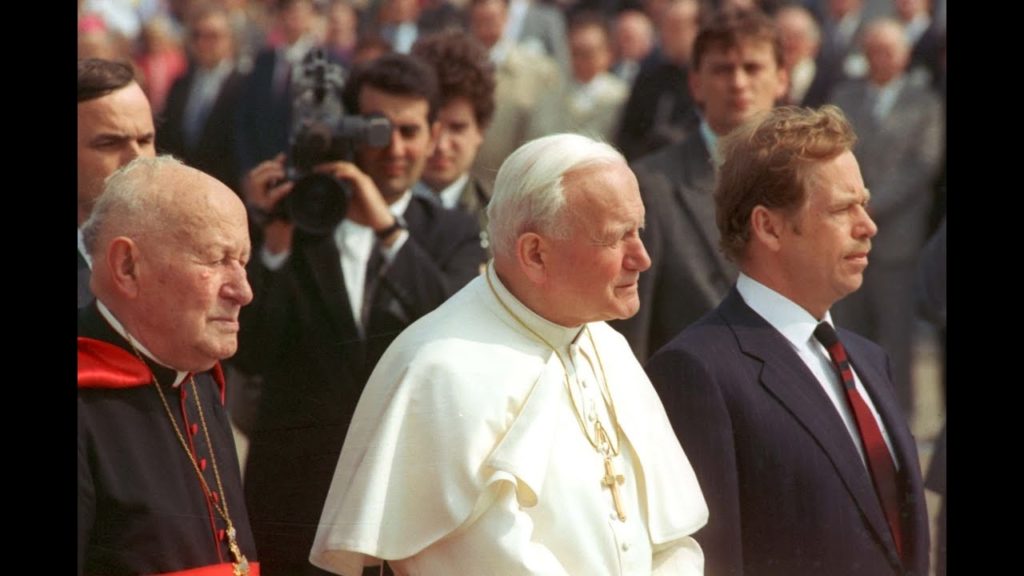 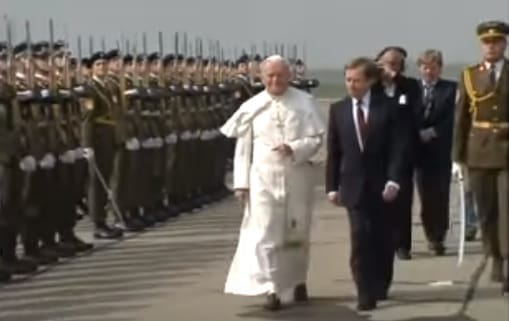