AMBASSADOR JAINAL CITES PEACE DEVELOPMENT IN THE PHILIPPINES AS EMBASSY CELEBRATES 124TH ANNIVERSARY OF PHILIPPINE INDEPENDENCE
“The Philippines is one of the five countries with the largest improvements in peace development in 2022,” said Ambassador Ombra T. Jainal as he opened the celebration of the 124th Anniversary of the Proclamation of Independence of the Republic of the Philippines at the Augustine Hotel on 15 June 2022.
Ambassador Jainal was referring to the Global Peace Index 2022: Measuring Peace in a Complex World, that was released by the Institute for Economics and Peace, an independent, non-partisan and non-profit think tank, in June 2022.
Before officials of the Czech Government, diplomatic corps, business and academe, Ambassador Jainal shared the successful results of the Philippine local and national elections, particularly citing 83% voter turnout – the highest turnout in history – and the fastest transmission of election results as testament to the growing political interest and maturity of the Filipino people.
Moreover, the Ambassador invited the Czech Republic to invest in the Philippines and take part in its growth, as the Philippine economy is expected to grow by 5.7% in 2022 and 5.6% on average in 2023-2024. He added that the Philippines posted a better-than-expected 8.3% growth in the first quarter of 2022 due to the improving mobility and resumption of economic and social activities.
In his remarks, Czech Deputy Foreign Minister for Government Affairs Martin Dvořák stated that the celebration is an “opportunity to remind that the Czech Republic and the Republic of the Philippines are close partners who share not only the devotion for the Infant Jesus of Prague for a very long time but also a commitment to democracy, rule of law, and prosperity in present days.”
The Deputy Minister congratulated the Philippines and the Filipino people for the successful conduct of the national elections and conveyed that the Czech Government is looking forward to strengthening bilateral relations and to cooperate closely with the new administration. He cited the Czech interest to deepen collaboration in trade, defense and agriculture with the Philippines. END. 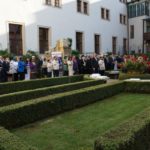 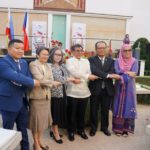 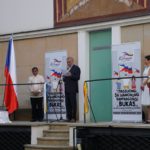 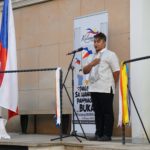 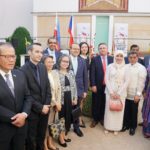 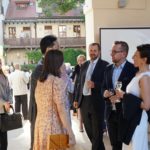 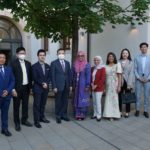