CDA Bañares Cheers Players as Filipino Sports Club Czech Kicks Off Basketball Summer League Tournament 2022
“Play fair, play well, and have fun,” said Chargé d’affaires, a.i. (CDA) Indhira C. Bañares to the 14 competing teams from across the Czech Republic at the official opening of the Annual Summer Sportsfest – Basketball Summer League of the Filipino Sports Club Czech (FSCC) at the SK Motorlet Sports Complex in Prague on 09 July 2022.
CDA Bañares called on Filipinos to value sportsmanship and teamwork not only during sports events, but also in their daily personal and working relationship with each other while in a foreign country. She reminded them of the significance of their Philippine roots and of their strength if united as a community.
She further congratulated the Filipino community for their high productivity in the workplace – a very positive feedback from Czech companies that contributed to the host Government’s decision to increase the quota of Filipino workers under the Economic Migration Scheme to 2,000 per year beginning 2021. There are about 3,900 Filipinos in the Czech Republic to date.
The FSCC’s basketball tournament will run a series of elimination rounds on 16, 23 and 30 July, with the semi-final and championship bouts on 06 and 13 August 2022, respectively. END 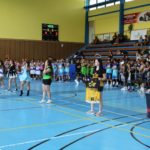 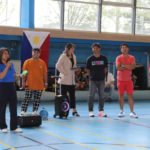 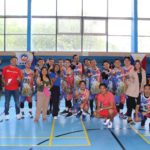 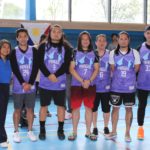