Viewers of Quezon’s Game in Prague:
“Thank you, Philippines, for your courage and humanity”
“What a powerful story of personal courage and humanity“, said Mr. Peter Čap, Head of the International Organization of Migration in the Czech Republic, after the screening of Quezon’s Game at the Maly Sal of the Prague Municipal Library on 02 September 2022.
Local viewers, particularly those who introduced themselves as either Jewish or with Jewish ancestry, conveyed their gratitude and appreciation to the Philippine Government for welcoming refugees to its shores.
Quezon’s Game, the full-length film entry of the Philippines to the ASEAN+3 Film Festival, is “a compelling story of a Philippine President who valued above all the sanctity of human life and rallied the Filipino people to speak to power only the truth – the truth that regardless of religion, race or gender, every human deserves the right to live,” said Chargé d’affaires Indhira C. Bañares in her opening remarks before an audience of about 120 guests from the diplomatic corps, private sector, media and the general public.
Added CDA Bañares: “When countries closed their borders, President Manuel L. Quezon opened the doors of the Philippines to Jewish refugees. Despite odds, the Philippines welcomed more than a thousand Jewish refugees mostly from Germany and Austria, and a number from Czechoslovakia, Poland, and Hungary, among others.” She said that the Philippines could have welcomed more refugees had it not been for another war that came to its own shores.
Filipinos who came to see the movie said that they were touched by the story of President Quezon and are proud of what the Philippines did at a time of great need.
The Philippines has historically opened its doors to refugees. In February 2022, a few months before he completed his term, President Rodrigo Roa Duterte issued Executive Order No. 163, Institutionalizing Access to Protection Services for Refugees, Stateless Persons and Asylum Seekers, in accordance with United Nations Conventions.
The Embassy of the Philippines, in partnership with the Film Development Council of the Philippines and ABS-CBN Films and Star Cinema, held the screening of Quezon’s Game on the occasion of the inaugural ASEAN+3 Film Festival. END 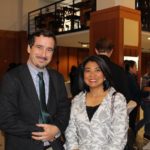 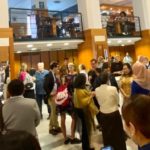 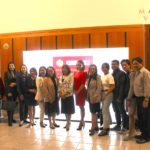 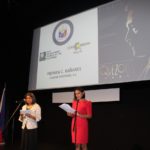 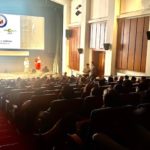 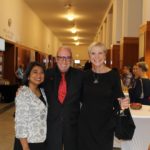 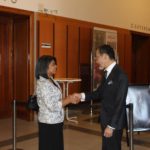 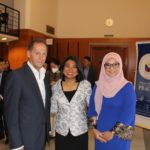 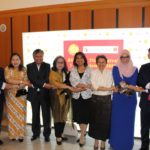