THE PHILIPPINES JOINS THE PRAGUE HIGH-LEVEL DIALOGUE ON THE INDO-PACIFIC
Assistant Secretary Jaime Victor Ledda of the Department of Foreign Affairs – Office of European Affairs (DFA-OEA) led the Philippine delegation to the Prague High Level Dialogue (PRG HLD) on the Indo-Pacific at the Czech Ministry of Foreign Affairs, Czernin Palace, on 13-14 June 2022.
The PRG HLD on the Indo-Pacific, held as part of the upcoming six-month Czech Presidency of the Council of the European Union (EU) that will commence on 01 July 2022, was a follow-through of the Ministerial Forum for Cooperation in the Indo-Pacific in Paris in February 2022.
In his intervention at the roundtable on Synergies in the Indo-Pacific Strategies, Mr. Ledda reiterated the statement of Foreign Affairs Secretary Teodoro L. Locsin Jr. at the Paris Ministerial Forum that “the future will be determined by the dynamics of the Indo-Pacific region” and welcomed the European Union’s shared interest in advancing priorities under the ASEAN Outlook on the Indo-Pacific: maritime cooperation, connectivity, economic cooperation, and the UN Sustainable Development Goals.
Mr. Ledda stated that the Philippines is eager to work with the EU on a rules-based security architecture to ensure a just peace in the region. He also emphasized that the Philippines, along with ASEAN and its partners, can work on strengthening trade through free trade agreements (FTAs), support for MSMEs, and disaster risk reduction and management.
Trade, which was not specifically addressed at the Ministerial Forum in Paris, was the focus of the second day of the PRG HLD on the Indo-Pacific. Speakers, led by Czech Minister of Trade and Industry Jozef Sikela, cited the importance of concluding FTAs with key economic partners in the Indo-Pacific region, and of implementing existing trade and investment agreements.
Home to 60% of the world’s population, the Indo-Pacific region contributes about 67% to global economic growth. END. 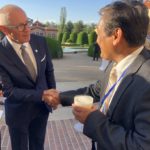 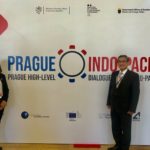 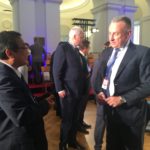 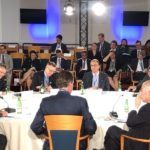