Ondřej Rozsypal from the Šenk Lékárna restaurant became the winner of the 16th Pilsner Urquell Master Bartender competition. This year, 225 Pilsner lager taps from all over the country took part in the prestigious competition, which has long supported the development of Czech beer culture and increased the quality of draft beer. The best of them received a prize of EUR 1,842, symbolizing the year of brewing the first batch of Pilsner Urquell beer. Petr Zabilka from the Demínka restaurant accepted the “Bar Legend” award for his life’s work, and long-time football representative Vladimír Šmicer joined the exclusive Honorary Connoisseur Pilsner Urquell club.

Dvacet finalistů z celé České republiky se utkalo tento týden o titul Pilsner Urquell Master Bartender v prostorách plzeňského pivovaru. Soutěžící měli za úkol nejen předvést své mistrovství a dokonale načepovat zlatý ležák, ale také prokázat špičkové znalosti o pivu, jeho výrobě a historii a ukázat své komunikační dovednosti, které jsou pro výčepní nezbytné. Prvenství získal Ondřej Rozsypal z restaurace Šenk Lékárna, který se kromě trofeje a speciální kožené zástěry Pilsner Urquell Master Bartender 2022 může těšit z finanční odměny ve výši 1842 EUR.
“The award is a great honor for me, I respect it very much. I would also like to thank my colleagues from “Hospodská” for their amazing support, it wouldn’t be possible without them! In the future, I plan to continue to promote Czech beer culture, I want to get even more involved in spreading awareness of the proper tapping of beer and its care. I believe that the title will help me to do that, “says Ondřej Rozsypal, the winner of the Šenk Lékárna restaurant in Pilsen.
This year, a total of 225 bartenders applied for the Pilsner Urquell Master Bartender title, a quarter of whom were women. The first round of the competition in the form of an online knowledge test attracted new faces – more than 90% of those registered took part in the competition for the first time, and 75% of establishments also took part. “It can be seen that pubs and restaurants, where they take great care of beer, are increasing and their quality is improving. And the best ones then send their representatives to compete for the title of Pilsner Urquell Master Bartender, “says the head brewer emeritus of Plzeňský Prazdroj and the chairman of the expert jury Václav Berka.
Only a third of all applicants passed the online test, in which it was necessary to prove their knowledge of the history of brewing, production and care of beer. In the second round, they were evaluated in the form of “mystery shopping”, ie secret visits directly to the company where they operate. An anonymous commissioner tested their work, the art of pouring great beer and the approach to their guests.
“A real master must be able to draft beer perfectly, that’s the basis. What sets the best apart is the art of making a visit to the pub an exceptional experience that guests will be happy to return to. We consider this to be key for the further successful development of an exceptional Czech beer culture, ”explains Václav Berka.
Every year, Pilsner Urquell recognizes professionals who have dedicated their entire working lives to beer. This year, Petr Zabilka from the renowned Prague restaurant Demínka, who has been practicing the profession of bartender with love and enthusiasm since the 1990s, deservedly entered the imaginary hall of fame with the title of Tap Legend. “Among my colleagues, I am known for my ‘obsession with purity,’ whether it’s beer pipes, glass or the bar itself. I have been in Demínka for more than 15 years and it is no different here either. I am convinced that “Pilsen” deserves such care, “explains Petr Zabilka.
Part of the awards ceremony was the awarding of the Honorary Connoisseur honorary title for important personalities who have long been involved in supporting and spreading the reputation of Pilsner Urquell beer at home and abroad. This year, it was won by Vladimír Šmicer, a long-time football representative, silver medalist from the European Championships, who won Liverpool’s most famous Champions League club competition. “It is an honor for me to be accepted into the prestigious” club “of Pilsner Urquell fans, alongside such personalities as Zdeněk Svěrák, Václav Havel, Miloš Forman or Karel Gott. I will always enjoy Pilsner lager and, as the brand’s ambassador, I will be happy to spread the well-deserved glory of Czech beer gold, ”says Vladimír Šmicer, the new Honorary Connoisseur.  The prestigious Pilsner Urquell Master Bartender competition is intended for bartenders, bartenders and bartenders who have a common enthusiasm for Pilsner lager and do their job with joy and love for beer and people. The aim of the competition is not only to award taprooms and their demanding work, but also to educate the beer public, increase the quality of beer tapping and develop the beer community and culture.
JK 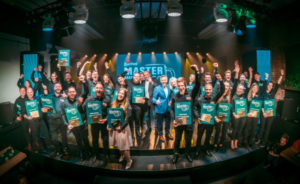 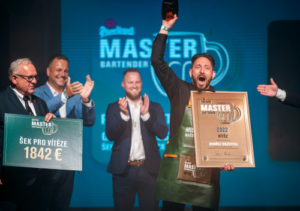 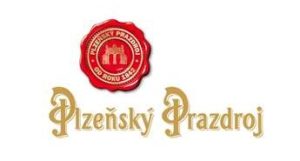 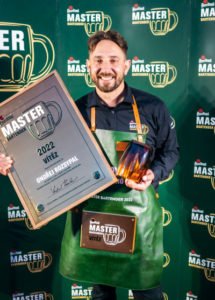