Painted body outlines of fallen pedestrians on tram tracks are the latest measure to try to warn people to avoid accidents.

This rather graphic step is part of the ongoing “Neskákej mi pod kola!” (Don’t jump under the wheel!) safety campaign with people and five fatalities.

The campaign is intended to remind people that trams have priority at intersections. Because trams are on tracks, they cannot stop quickly, even if the driver sees the pedestrian on the tracks.

The project is a joint venture of the Prague Public Transit Company (DPP) in cooperation with safety organization BESIP, the Czech Police and regional transit organizer ROPID.

“After the relative calm caused by Covid-19, people are returning to the streets and cars, and again we have heavy traffic, clogged roads, rising nervousness, and inattention, all of which contribute to the number of accidents that occur,” said one of DPP representative.

Although the number of traffic deaths has declined over the long run, the Czech Republic is still doing poorly compared to the rest of Europe. Prague had the highest accident rate of any Czech region.

Quick reminder: as a pedestrian in Prague, you always have the right of the way. The only exception is trams, which must be given priority by both drivers and pedestrians. That’s why often there will be a sign on the crosswalk “POZOR TRAM” warning you of trams! 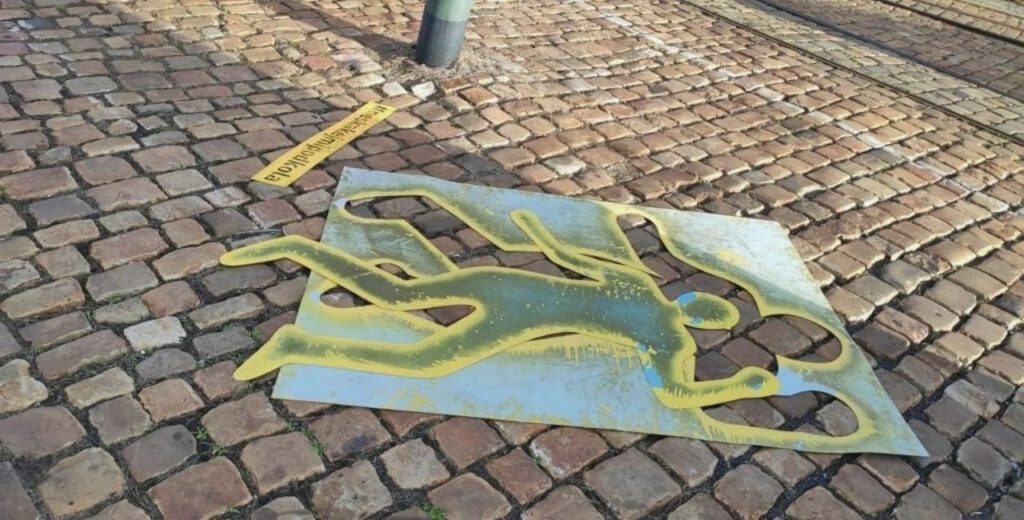 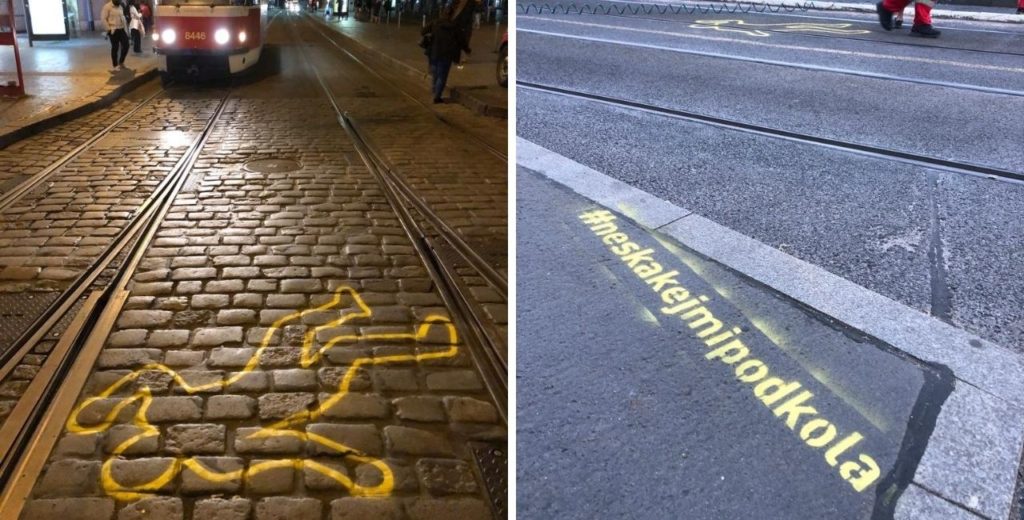 POZOR TRAMVAJ! is an app developed last year by the company Safe Public Transport. Its Bluetooth-based system sends out warning signals about approaching trams to users of mobile devices and could help prevent frequent accidents involving pedestrians and public transport in cities.

The company also believes that the system can be applied to other vehicles such as trains, buses and ambulances.

With the exception of 2020, when streets were significantly less busy due to government-enforced coronavirus measures, the past 15 years were marked by at least one death involving a tram every year. Meanwhile, cases of non-lethal accidents involving a tram have ranged in the high double digit numbers for years. For example, in 2019, there were over 80 such cases.

What often causes such accidents is the lack of attention given by pedestrians to their surroundings, because of distractions caused by their interactions with mobile devices such as phones and mp3 players.