Premiere of the film Obsolete 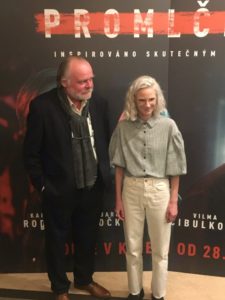 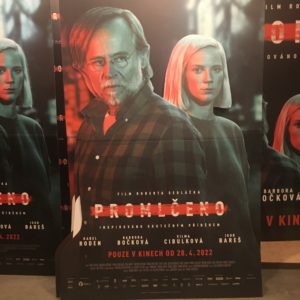 The premiere of the film Expired is held at the Lucerna cinema in Prague on Tuesday evening, April 26, 2022. It was a film thriller by Robert Sedláček with Karel Roden in the lead role. The plot of the film Expired takes place in a single evening – the seemingly ordinary live broadcast on the radio is actually very unusual and will change the lives of many people. The main theme of the film Expired by director Robert Sedláček with Karel Roden in the lead role is the problem of expired crimes in the Czech Republic. He draws attention to the fact that the Czechia is one of the countries with the shortest statute of limitations for criminal offenses. Fifteen or thirty years later, depending on the severity, the killer becomes innocent.

“It means that not only the media has changed, but also people who have somehow stopped being ashamed of the things they should be ashamed of,” he added. Even before its Czech premiere, the film Expired won several awards at foreign film festivals. It had its world premiere at the Newport Beach Festival in Los Angeles, and at another Los Angeles festival, it won the award for best film. He also returned with the same price from festivals in New York, Florence and Cannes. Roden took the Best Actor award from New York. “Festivals are important in that the film lives without you and you can see that the audience understands it across the continents. That’s the main good news,” said Sedláček. In the story, Roden introduces himself in the role of the mysterious man Radek, who returns to Prague after 20 years to find a young woman there and deal with the past. He is assisted in the search by a radio host who gets his story on her live program. During Radek’s narration, not only she is drawn into the gloomy story, but also the Prague criminal and other actors in the long-forgotten events.

“The film has a motif of crime, mystery, emotions and surprising resolution. That is, everything a good thriller should contain,” said Sedláček.