For the new tourist season, the South Moravian Tourist Centre has launched a campaign to emphasise the traditional culture of the region, with travel tips linked to the intangible cultural heritage of South Moravia, and playing cards designed around the theme of traditional folk customs. Photo credit: South Moravia region

Brno, April 20 (BD) – For this new tourist season, the South Moravian Tourist Centre has launched a campaign to foreground the cultural heritage of the region. Playing cards on the theme of traditional South Moravian folk customs have been created in cooperation with fashion designer and illustrator Zuzana Osako. Other promotional activities of the Tourist Centre are aimed at caravan trippers and lovers of gastronomy.

“We are developing our last year’s campaign “Don’t stand still, travel” and want to inspire people to explore South Moravia through its traditions,” commented Martina Grůzová, the director of the South Moravian Tourist Centre. “In our region they are not only maintained, but they are an inspiration for many artists. Zuzana Osako’s work is a great example of this. On the South Moravia website, we map the intangible cultural heritage of the region and at the same time invite visitors to places where traditions are linked to an experience or event. Zuzana Osako’s playing cards are an ideal complement to this theme and a tool for trips around South Moravia. They will be available for purchase in regional information centres and we believe that they will help teach about the customs of our ancestors in a fun way, but also to shorten the wait for a train or a meal in a restaurant.” 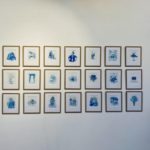 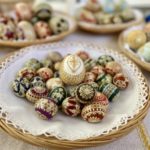 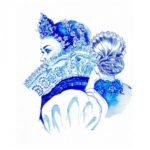 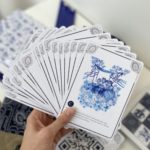 “Folk culture is characteristic of our region and this game is an ideal way to get to know it better.” – Zuzana Osako. Photo credit: South Moravia region

“The idea of a card game about folk traditions is the result of my cooperation with historian Vera Colledani,” explained Osako. “Thanks to our connection with the team from the tourist centre, our idea became a reality. The original images from the playing cards, illustrations of the intangible heritage of South Moravia and the original designs for the Olympic collection for the Olympic Games in Tokyo will be exhibited until the end of April at Art Gallery Brno.”

“Folk culture is characteristic of our region and this game is an ideal way to get to know it better,” she added. “It guides you through traditions such as the ride of the kings, the sprinkled ornaments or the Easter rounds. The pattern for the decor of the cards was an old blueprint mould from a workshop in Strážnice.” Proceeds from the sale of the playing cards will go to support residents of areas affected by last year’s tornado and those fleeing the war in Ukraine.

At the end of May and the beginning of June, the Tourist Office is preparing the campaign “Don’t stand still, travel by motorhome”, a response to the growing interest in motorhomes. The project is also aimed at supporting regional producers and manufacturers. “The aim is to attract Czech and foreign tourists to South Moravia and to present travelling in a motorhome as a great opportunity to get to know our region from a different angle,” said Grůzová. “Through the campaign, tourists will learn where to find the best spots to stay, where to taste regional specialities or where to go sightseeing in the surrounding area.”