The eighth sporting charity event TERIBEAR moves Prague started on September 12 at five o’clock in the afternoon at Prague’s Letné event, patron of the event Tereza Maxová, together with model Barbora Podzimková and singer Albert Černý. You can also support a good cause and help disadvantaged children and families with your movement. The event called TERIBEAR moves Prague, or Prima day with a bear: powered by ŠKODA AUTO, organized by the Tereza Maxová Children’s Foundation, runs non-stop at Letná in Prague until Sunday, September 18, when it ends at 4 p.m. TERIBEAR is always such a close thing for us. We are looking forward to the atmosphere, from which you can feel that people came here not only to run, but mainly to help. But the track also writes its own stories. I vividly remember the couple who got engaged here, the love that was born here and arrived a year later with a stroller. I am also very much looking forward to the oldest participant, who is still in full force and has not missed a single event at the age of 95. This year is also special because the foundation is celebrating its 25th anniversary, and those whom we helped at the very beginning of the foundation opened the track to Letná together with us,” says the patron of the foundation, Tereza Maxová.

The event is intended for everyone, from the youngest who can come with their grandparents, for example. The only thing that matters is the desire to get involved. Prima day with the bear: powered by ŠKODA AUTO, which takes place from September 12 to 18, 2022 in Prague on Letná.
JK 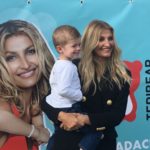 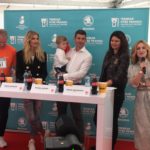 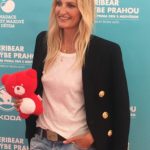