Prague, May 4, 2022 – The May special of the Brewers’ Choice program celebrates bravery of Czech paratroopers in Operation Anthropoid, from which 80 years will pass this year. The top-fermented thirteen with the name “Heroes” was cooked by Plzeňský Prazdroj in collaboration with the breweries of the British brewery Fuller´s and together they want to give up a tribute to all those who, in the past and today, sided with the weak and oppressed. More than 1,000 companies in the Czech Republic will be able to taste the tap in May.

This May, we commemorate the 80th anniversary of a successful Czech-British event called Anthropoid. Its goal was to remove the deputy imperial protector Reinhard Heydrich, which, thanks to the bravery of the Czech paratroopers on May 27, 1942, also succeeded, i when the heroes themselves paid the highest price for it. “It simply came to our notice then the dedication and heroism of all freedom and justice fighters. Those who for us they fought in World War II, but also those who are still not afraid to stand up seemingly invincible evil. Our joint project thus allows us to honor both historical dignity partnership, thus expressing respect for all for whom values ​​are not as honor and courage only phrases. To heroes who are willing to put their lives on the line for the defense of their homeland, “says Tomáš Drahoňovský, brewery election manager. On the occasion of this anniversary, Plzeňský Prazdroj merged with a large foreign brewery Fuller’s and together brewed top-fermented beer to the “Heroes.” May special together created by Pilsen brewer Tomáš Pokorný and brewers Guy Stewart and Charlie Long of Britain Fuller´s Brewery, where beer has been brewed since 1845. “Cooperation with the Czech brewery was a great experience for us. As basic We chose our Extra Special Bitter recipe, which we enriched with Czech malts. The resulting special combines British practices with Czech know-how and typical raw materials, ”says Charlie Long of Fuller´s Brewery.
For five years now, Plzeňský Prazdroj’s Choice of Brewers has brought interesting beers of various beer categories to more than thirteen hundred pubs and restaurants every month. During that time, 58 unique beer specials gradually appeared on the bars, which enriched the permanent offer of beers in all corners of the country.
The heroes are top-fermented beer of the English type and have a distinctive mahogany color and a full malt body supplied to him by the malts Caraamber, Wheat Chocolate and Plzeňský. The special contains 5.9% alcohol, has a lower saturation and drier aftertaste. In the taste Biscuit and caramel tones predominate, which support a balanced spicy bitterness English hops Target, Goldings, Challenger and Northdown. The May Brewers’ Choice will be attended by about 1,000 selected companies in the Czech Republic, except participants in the celebrations of the 80th anniversary of the operation will also be able to enjoy a special for the Heroes Anthropoid May 27 – 28 in Prague 8. The program will take place in U Českých lodinic Street, in the area of ​​Velký Löwitov mill and in Thomayerovy sady. “Visitors celebrate themselves they can look forward to the reconstruction of the assassination itself and to another rich cultural program, for example, performances by the Ježek stop Orchestra, the Taxmen band or the Scotská bagpipers, ”invites Michal Švarc, councilor of Prague 8.
JK 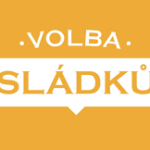 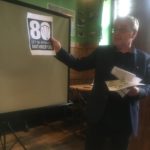 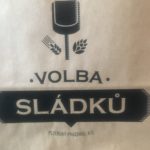 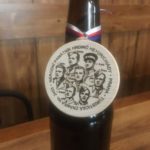