The company Chance becomes the new general sponsor of Extraliga

A step towards greater attractiveness. The top men’s competition will undergo major changes from next year, in addition to expanding the number of participants and adjusting the schedule, the name of the titular partner will be added to the name, which will be the company Chance for the next three seasons. The Extraliga starts on September 3 with five matches, including a televised match between Lovosic and the vice-champion from Pilsen.  The company Chance was founded in 1991. Within a short time it became one of the most popular bookmakers in the Czech Republic, since 2013 it has been part of the Tipsport holding. “I am really happy that Chance is becoming the general partner of Extraliga. It just confirms the upward trend. We want to continue developing handball,” says CSH president Ondřej Zdráhala. “I believe that mutual cooperation will only help this.”  The task for the next three years is clear for both sides. “From the partnership, we promise joint cooperation, the goal of which will be to make handball more attractive as a sport. We want to increase the viewership of the top competition, which is already increasing, but it is not just about TV broadcasts, but also social networks and media in general. Mutual synergy will be important,” continues Ondřej Zdráhala.

And Roman Rypáček, director of the Chance betting office, sees it the same way: “We would like to help handball increase its popularity as part of a long-term cooperation, as it has, for example, with its neighbors in Germany. We believe that the audience will find handball both in front of the TV screens and in the halls, where, thanks to Chanci, an interesting program will be prepared for the fans directly during the Extraliga matches.”  The annually increasing level of competition was also confirmed by last year’s successful performance of Czech teams in European competitions. This year, five teams will play in the European Cup: Zubří, Dukla, Nové Veselí, Plzeň and Karviná. “Clubs have been working excellently for a long time in the field of sports and marketing. We want to continue mediating our sport together,” reveals the president of the Czech Handball Association. The expansion of the competition to 14 units should also help with this.  The reigning Slovak champion Tatran Prešov and also Cement from the border have newly joined the Chance Extraliga. A newcomer from Strakonic also won a ticket among the elite in the play-off.  Tatran dominated last year’s Slovakian Niké Handball Extraliga, when it dominated the basic part, the superstructure and the subsequent semi-finals and finals, in addition, it did not lose even once on its way to the triumph. In the Europa League, the main stage ended his performance, he scored four points in Group A.  “It’s not just about the battles with the top of the table, we will play challenging matches throughout the season. There are weaker teams in every competition, but the Czech league has its strength. Each of our – especially away – duels will be difficult and it doesn’t matter if we go to Lovosice, Kopřivnice or Brno. It will be a new challenge for us and we will have to prove our quality,” Prešov coach Radoslav Antl was clear before the training.
The format of the elimination phase does not change. “I certainly welcome this news. Prešov is a very high-quality team, and everyone will have at least two high-quality matches this season. It will be great to play against such an opponent. The players, who will compete against a quality opponent, will benefit, as will the spectators, who should see excellent handball. So I’m glad for this diversification of the upcoming year,” commented the coach of the champion Karviná, Michal Brůna.  Positive reviews were also heard from Zubří. “The level of the Extraliga has been rising for a long time, which is also proven by Prešov’s interest in participating in the regular season. We are convinced that a confrontation with a strong opponent can only lead to further attractiveness of the competition. International matches are an important part of the development of players’ skills, so it is definitely a positive step for us. We and our viewers are very much looking forward to the duels with Prešov.”  Pilsen expects great strength from the new participant. “For the Czech teams, this is an opportunity to confront a team whose quality will probably surpass the competition. Only the future will show what the real benefit of such a team’s participation in the regular season will be,” said the team from the West Bohemian metropolis.  The basic part of the Chance Extraliga starts on Saturday, September 3 with the match between Maloměřice and Hranice, on the same day Kopřivnice will challenge Prešov, Zubří will play Jičín, Karviná will welcome Strakonice and Lovosice will host Plzeň in a televised match in front of ČT Sport cameras. The play off will then start on the 25th-26th. march.
JK 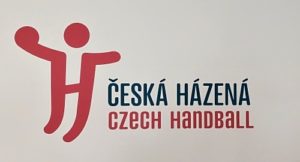 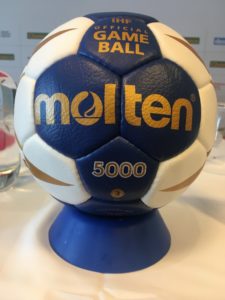 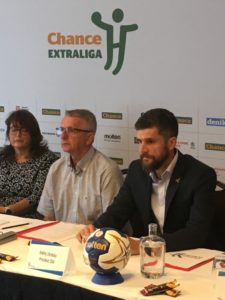