The end of the 56th year of the international film festival in Karlovy Vary.

Just like the opening night, the end of the 56th International Film Festival in Karlovy Vary also started atypically. First, the moderator Marek Eben pointed out that the opening show will include stroboscopic lights and pyrotechnic effects, which especially warmed up the audience in the first rows, after which he repeatedly called: “Please turn on your mobile phones and take video and audio recordings.” A visual-dance show followed. from the workshop of the Caban brothers.

At the closing ceremony of this year’s Karlovy Vary IFF, actors Boleslav Polívka, Benicio del Toro and Geoffrey Rush were up for the honorary award. The Canadian-Iranian film Promising Summer won the main competition. The actor Martin Finger took the prize for the best acting performance in the movie Slovo, and his director Beata Parkanová also won the prize. The Czech film Art Test won the Proxima competition.
The 56th Karlovy Vary IFF 2022 was attended by 10,592 accredited visitors – of which 8,717 with festival passes, 414 filmmakers, 931 accredited film professionals and 530 journalists. During the festival, 453 film screenings took place and a total of 121 were sold 015 tickets. A total of 170 films were shown, of which 108 were feature films, 24 full-length documentaries and 38 short films. From the films presented at the 56th Karlovy Vary Vary had 35 world, 6 international and 4 European premieres at the festival. 158 projections personally stated by the delegation of creators. There were 86 screenings for journalists and filmmakers professionals. 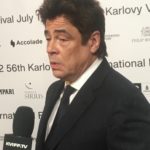 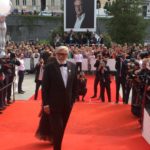 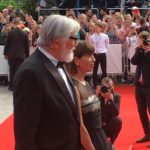 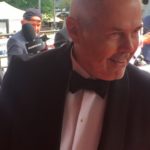 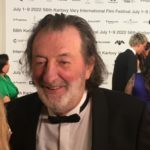