The jubilee 10th Festival of Mini-Breweries at Prague Castle, organized by the Czech-Moravian Association of Mini-Breweries, will take place on Friday 10 June and Saturday 11 June. The purpose of the festival, which will be attended by 50 Czech and Moravian breweries this year, aims to introduce the production of mini-breweries from all over the Czech Republic to the public and compare it with nearby countries. This year it will be Poland.

Each of the breweries will choose its two best beers and over 100 types of beer of 33 different styles from all over the country will be prepared for tasting. In total, over 5,000 liters of beer are tapped free of charge, which represents 66,000 tasting portions of 0.75 dl. Thus, there will be 39 tasting doses per visitor. Brewers and owners from each brewery will be present at the Festival, who will provide visitors with the most comprehensive and accurate information about their beers. The festival is a unique opportunity for beer lovers to taste dozens of quality samples from the production of mini-breweries in one place and thus look into the increasingly diverse world of small beer producers, “says Jan Šuráň on behalf of the organizers.
The number of visitors is limited by the location and security of Prague Castle. The ticket price includes a brewery catalog, a tasting glass and unlimited tasting. The festival will take place in the beautiful premises of the Royal Garden of Prague Castle, on Střelecká cesta under the Royal Summer Palace, on Friday 10 June from 2 pm to 8 pm and on Saturday 11 June from 12 noon to 8 pm. Beer lovers can look forward to, for example, the popular top-fermented Ale, IPA, NEIPA, sour beery, beers matured in barrels after other alcohols (barrel aged) and, of course, also classic lagers.
“Despite the fact that mini-breweries have suffered many blows in the last two years, we can say that we are living on and together we will celebrate this at the Festival of Mini-Breweries at Prague Castle. Brewing is a national treasure and without it, social life would be in serious danger, “says Michal Voldřich, President of the Czech-Moravian Association of Mini-Breweries, adding:” Mini-breweries are affected by the increase in energy prices as much as everyone else. Beer is a more energy-intensive product, as is its main raw material – malt. The pandemic was the first blow that most of us survived, God forbid. Nevertheless, almost 30 breweries have closed or suspended their activities since the beginning of the pandemic. We were somehow forgotten about the compensation. Although new breweries were established, they were mostly completed projects from before the pandemic. We believe that we will be able to cope with the second blow, which is an extreme increase in energy prices. “
Costs are rising gradually, the largest increase is expected by the Czech-Moravian Association of Mini-Breweries after the harvest. “Farmers do not want, respectively. nor can they honor long-term contracts. Fertilizers increased by 200% year on year, the price of energy, which is needed for the production of malt and beer, increased several times. Fuel prices have risen rapidly and the price of beer plays a significant part in the price of transporting both raw materials and materials, as well as the product itself. We can now say that there will clearly be an increase in prices by the end of the year, depending on how the original prices in costs end. Input prices are rising significantly more than headline inflation. In the case of basic raw materials, the price is also affected by the success of the harvest and world commodity prices, ”adds Michal Voldřich.
JK 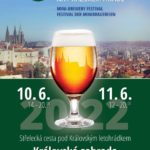 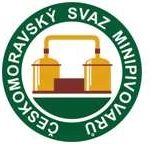 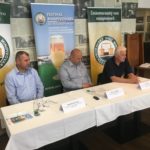 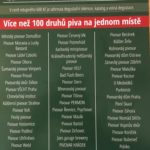